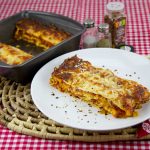 I love pizza. I LoooOoOOOOOove PIZZA! A good pie, a slice, some ZA! Whatever you want to call it, I want me some!

I've been eating in this manner for about 3 1/2 years and have found peace with it. There are things I simply no longer eat, or I've found "updated" replacements for the foods I love, but did so much damage. There is ONE glaring hole in my world, unfortunately. That hole's name is: Pizza.

Pizza is amongst one of the most eaten foods on the planet, with some 5 billion pizzas being sold every year, 3 billion of those within the United States, where there are over 70,000 pizzerias! This is somewhat mind boggling to me, in that just over 100 years ago, there wasn't a single pizza restaurant in the US. Americans quickly loved it and adopted it, myself included!

I've been on an endless search for a top-quality pizza since I've begun this way of life. There's been some which were fun, or interesting, and often even delicious, but ... just not a GREAT pizza! To-date, I have not had a GREAT low-carb pizza, and I've tried endless varieties, from cauliflower crusts, to cream cheese crusts, to tortillas, Carbquik and even a specialty flour made specifically for pizza (my favorite so far, but still not "great ... wrote home to Mom ... GREAT"!), but they're all far too SWYPO for me. In many ways, I've given up hope and simple eat the real deal about once every 6 months, suffer through the cravings and then count the 180 or so days until my next slice! Wash, rinse, repeat!

What I've begun to do instead, is harness the spirit of the pizza, and apply it to other things. This way, I'm not really comparing it to an earth shattering deep dish Chicago pizza, or a thin crusted white pie from Brooklyn. Rather, I'm making something new; something which has no comparison!

These things were fantastic, actually! Every little bit as cheesy and greasy as a good pie should be, but without the overwhelming need to judge the crust. It has no crust! The pepperoni gives it the pizza flavor, while the melted cheese on top drives the whole thing home! A perfect texture, it slices well, it's flavorful and filling. A home run!

Fillings/Toppings Note: I've always been a "Meat Lovers' Pizza" kind of guy, unless I'm going for something truly different. Feel free to throw your favorite filling into these. I do recommend cooking them, first, though. As an example, raw mushrooms on a pizza will probably evaporate a lot of water in a super hot pizza oven. However, a raw mushroom inside one of these will likely just release a lot of water and make the whole thing soggy. Items like onions, mushrooms, peppers, broccoli, eggplant, mushrooms, zucchini, etc. will all benefit from being cooked, first.
Prep Time20 mins
Cook Time20 mins
Total Time50 mins
Servings: 6 Servings
Calories: 829.02333333333kcal
Author: DJ Foodie