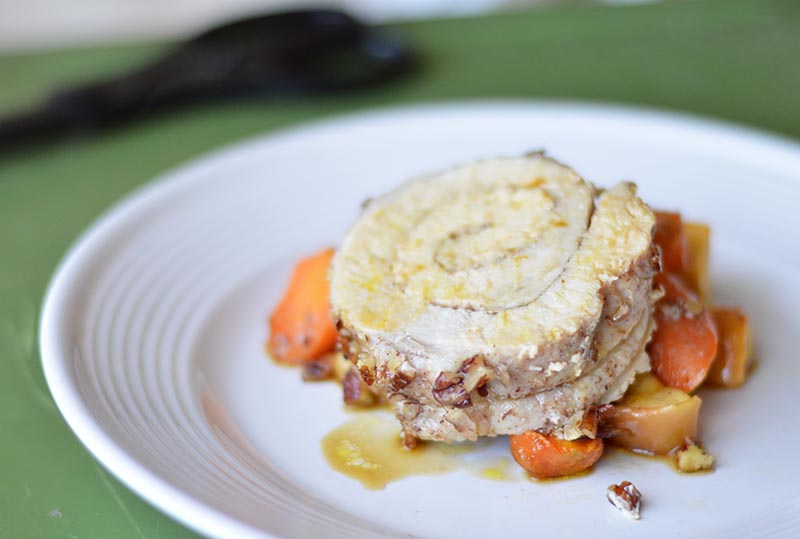 Every once in a while, I get smacked upside the head with a bizarre idea, but… I’ll stick with it, mull it over and turn it into something tasty. This is just such an idea.

Believe it or not, this recipe came to me while I was day dreaming about cinnamon rolls! I decided to take the idea of a pork loin, brine it, add a twinge of sweetness to it, and roll it up with some cinnamon and nuts!

Seeing as it’s Fummer (that place between summer and fall), apples are really peaking, right now. I love to play with ingredients that traditionally fall a bit outside the norm for a low-carb, keto approach. Apples fall right into that. They have higher carb counts, which tend to render them forgotten and uneaten. I maintain that most all ingredients are acceptable. It’s the quantity that matters. A little apple here and there isn’t bad. In fact, it can actually be a good thing, in that it might increase that sense of variety, preventing you from feeling bored and seeking out a trip to Cinnabon. A periodic apple might actually help keep you on track. Apples can be nice for a planned cheat day. They can also be enjoyed by those on maintenance. They can be slammed with reckless abandon by those doing a Paleo or Primal diet.

I personally enjoy apples on big workout days. I burn off any additional carbs before they get converted to moobs. If you’re doing a lot of exercise, some well timed fruit can actually help.

This recipe also embraces carrots, cooked carrots, which are often touted as the benchmark for high glycemic foods. This is a myth, but it continues to be passed around in all the dark ketogenic corners of the internet. The original tests were wrong. Carrots have a mid-level placement on the glycemic index, but a very low glycemic load. Carrots are fine… Enjoy them!

Oh, did I mention that it’s a one pan recipe? Huzzah!!

All this said, if you’re a beginner, or deep into keto or induction levels of low-carb… earmark this recipe for when you find your balance and begin stepping up some rungs. There will be a place in your life for this recipe. Someday.

And, and what a fun recipe it is!

Finally, here’s a great video that shows how to cut the roast, while also showing how to tie it. A fantastic video and very much worth the watch!

Here’s a video showing how to cut and tie a pork roast: 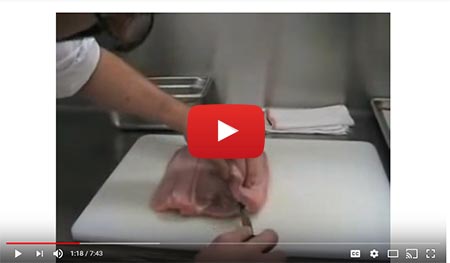 Note: I VERY strongly wanted to make a warm and slightly sweetened sour cream sauce for this, so that it would look like frosting, while still tasting great and complementing all the flavors. I ultimately decided that that would be TOO silly and might turn up some noses. In retrospect, though… I kinda want it. 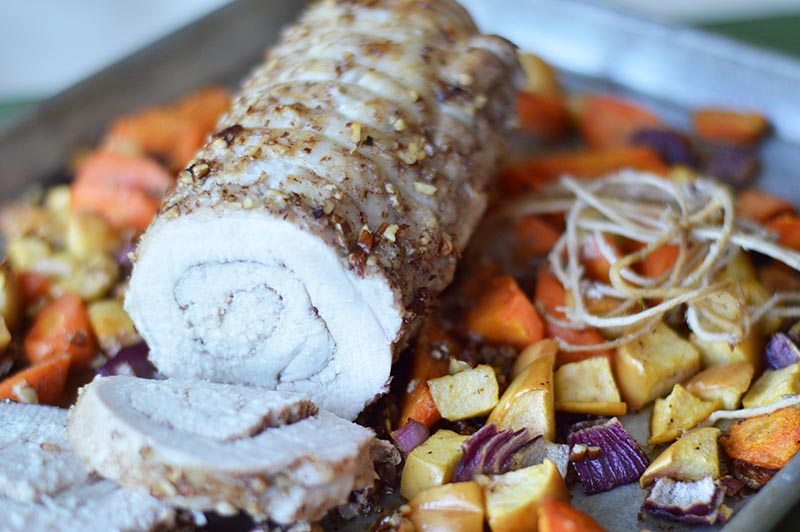 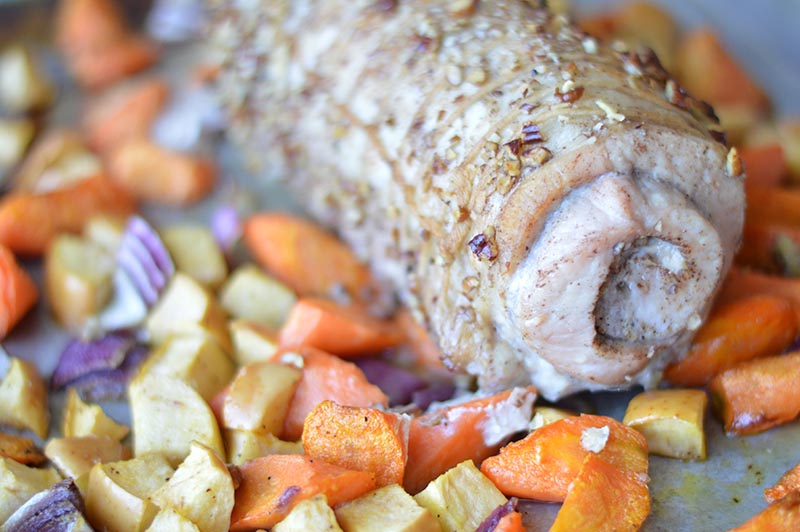 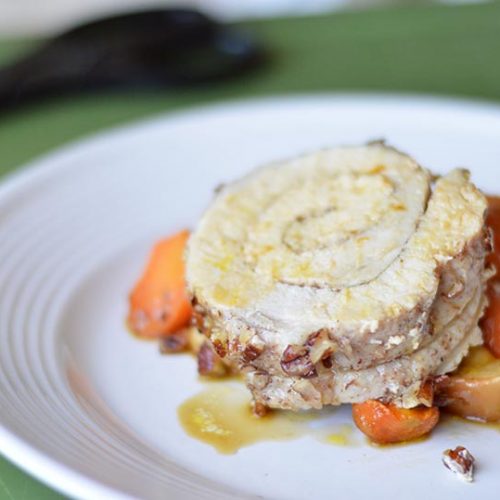