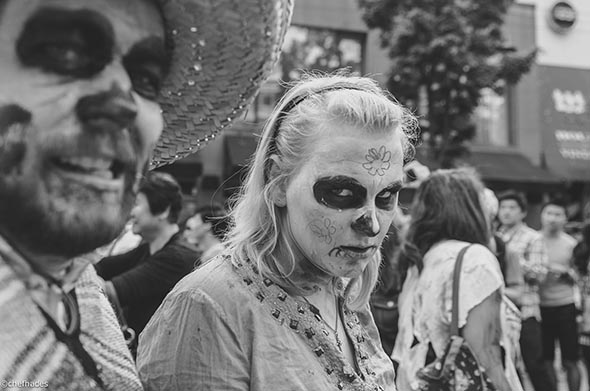 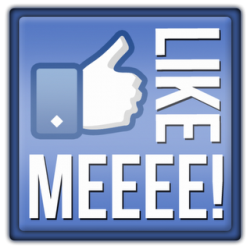 I REALLY loathed Facebook for the longest time. I didn’t “get it” and never set up a profile. About a year ago, I set up a Facebook page for my little “Foodie” character, because … I guess it’s what you do … and NOW I almost LIVE on Facebook!

For the past few weeks, I’ve been really trying to put more time and thought and effort and care into my Facebook page. I’m currently posting upwards of 6 recipes a day, every day! 99% of the time, I post a free eBook from Amazon.com, every single day! I also tend to mention bacon quite frequently and I’m always in and out of the page, mixing it up and interacting. It’s the place to be. See and be seen!

As much as I love my website … my Facebook page is really starting to become my primary hub of activity! So weird from a guy that didn’t even really understand what a Facebook page WAS just a year ago!

Aside from all the recipes, books and banter, I’m also prone to posting silly nonsense like the following …

Fun at the Gym

… So, it was time to work with the trainer the other day and he looks at me and says, “So, today is a heavy leg day and we’re going to do seriously heavy squats, followed IMMEDIATELY by plyometrics!”. The funny part is, he said it like we were about to go get an ice cream cone, all 50’s style Gee-Willikers, Beev!

So, we lined a big box up next to the squat cage. After squatting more than I ever have … and without any kind of a break … he says, “Now jump on the box!”

Not feeling a goofy story would be good enough, I looked around the net to find a visual representation of “Plyometrics”. I found one, but … Photoshopped it to more closely represent my reality … 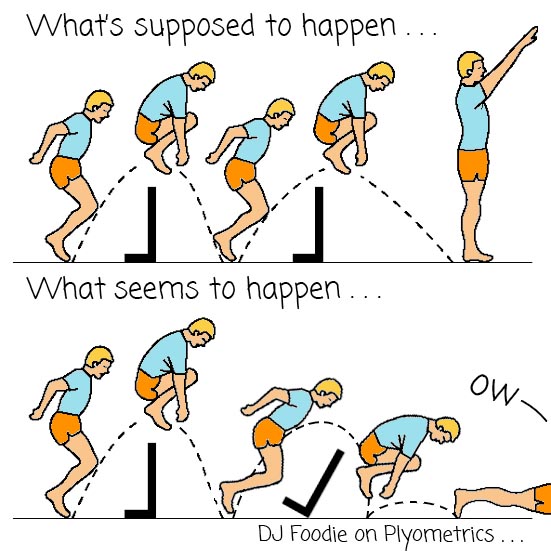 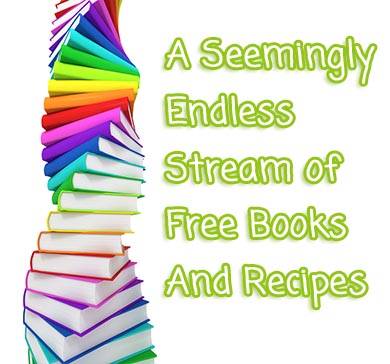 I also share free books from Amazon, 6.9 out of 7 days (some of the time, there just simply isn’t a good option). Whether you’ve got a Kindle, or not, you can download a free Kindle App from Amazon and read ANY of these books on your computer, phone, Android tablet, iPad, etc. As I understand it, these can even be read with a Nook, with a little fanoodling!

Here’s an example of the kind of thing I share (keep in mind the links usually only last 24 hours, and then Amazon slaps a price onto ’em. This is a promotional tool for authors to get their books deeper into the public)

FREE BOOK! This is just a flat out MUST! I get the sense all of your Kindles are overflowing with all the eBooks I’ve been sharing over the past few months, but … clear up a bit of room for this one! Those two glorious loaves on the cover? Recipes within!

This book starts with a dedication to the late-great KevinPa, who was a bit of en eMentor in my early low-carbing days. I’m extremely sad to say that I never personally interacted with him, but there’s a WEALTH of information and recipes that he’s left behind at www.LowCarbFriends.com. This is a book born from his aspirations and the aspirations of MANY low-carbers at LCFs. This is almost like a “best of LCFs book”!

THIS is the book that absolutely epitomizes the way I ate for the first year of low-carb (the year I lost about 120 lbs. … and got my life back!). Just about every recipe calls for some kind of mix or convenience food. It’s serious processed food and artificial sweetener time! This is for those who are fans of low-carb tortillas, Walden Farms syrups and dressings, Carbquik, low-carb pastas, etc. Even for those of you looking to eat REAL … or caveman-y, this is still an interesting read.

As I read this, I had a quick flash of the phases I’ve personally gone though in my own journey … first was a low-carb, low-fat, largely raw (almost vegetarian) … that didn’t last long, but set me on a low-carb path … taking me DEEP into the realm of recipes like this book. I have a secret love for these kinds of recipes and ideas, even though I’ve left them behind. While I wasn’t really aware of it, I’m now in phase 3. I personally find more nutrient dense foods in the Paleo ideologies, and am learning to make all my cherished flavors and goodies in that manner.

I’m in the best shape of my life, but the BIGGEST dent in my personal road to success was caused by the types of recipes in THIS here book! A STRONG 18 thumbs up, must download … highly recommended!

(I would have given 23 thumbs up. While there are carb counts for each recipe, there are no pics.) 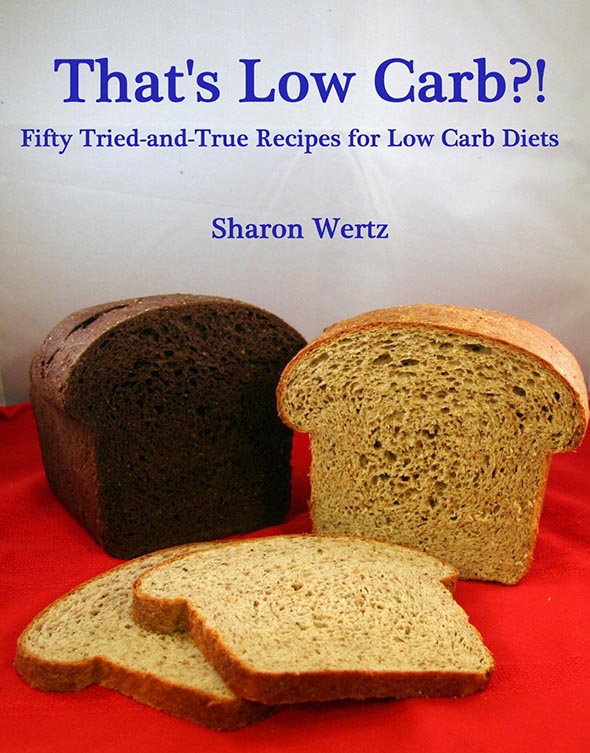 TOTALLY off-topic, but kind of a fun photo …

… I have two little cousins who are big into the Zombie Walk scene here in Seattle. They wanted me to attend with them a few months ago, but I was too busy. I promised to make it up to them, ASAP. So … last weekend we went up to Vancouver, where there was a MASSIVE Zombie Walk! Our theme was from Mexico (A nod to the fact that the largest Zombie Walk, to date, was in Mexico City) … Day of the Dead.

Here’s a random photo I found online. I’m in the left and my little cousin Malindi Foodie is the one front and center … grimacing for brains!

A strange way to spend a weekend, but … A LOT more fun than I was expecting! (now you know what I do, when I’m not frying up some bacon!)

Coming Soon: Return of the OMM’S!

A few months ago, I put out several “One-Minute-Muffin” recipes, thinking very little of it. These types of recipes are all over the internet, so I just wanted one or two on my site and … that would be that. HOWEVER! They’ve become some of my most popular recipes. SO! … we’ve got a whole new batch of flavors … coming soon! 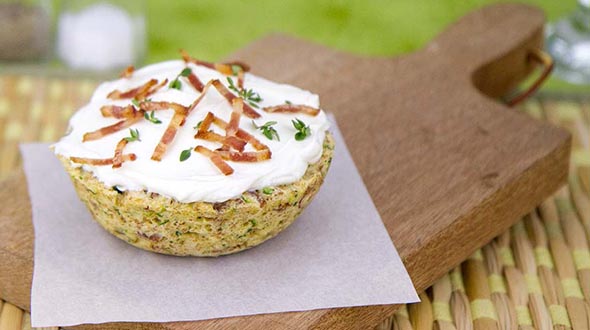 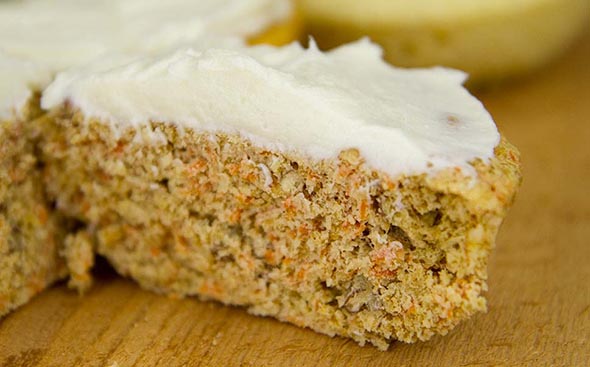 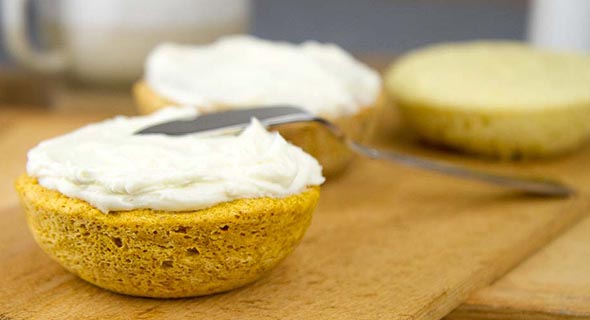 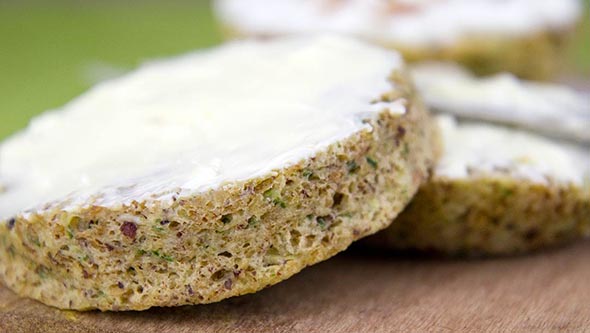 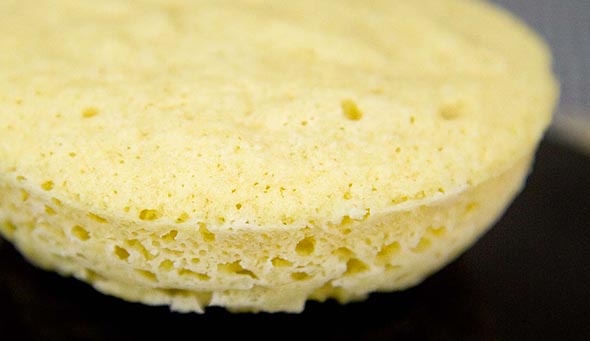 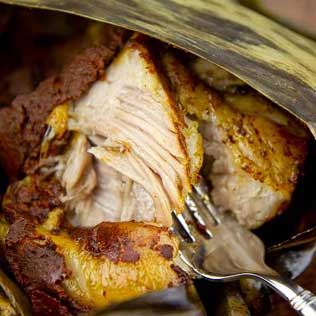 I have a weird fascination with Cochinita Pibil (Buried Baby Pig). This is a near ancient dish, harking from the Mayan people in the Yucatan peninsula of Mexico. If you’ve never had it, stop what you’re doing, start making some calls and track down the ingredients. There are only two truly odd ones (achiote paste and banana leaves), with only one being an absolute must (the achiote).

If I had to compare it to something, it most closely resembles BBQ Pork from the Eastern part of North Carolina. It’s a somewhat spicy and tart flavor. Recipes vary, but it’s usually a shredded pork, with sour orange, and achiote pasta (a paste made from the annatto seed). It’s easily one of my favorite things on this planet.

Pork was introduced to the Mayans by the Spaniards, hundreds of years ago. They Mayans would take whole baby pigs, marinate them in indigenous herbs, spices, citrus and achiote for a night or a day. Then, they would make a fire at the bottom of a pit, wrap the pork in banana leaves, then bury the whole package underground where it would slowly cook, as the acid from the citrus continued to break down the tough meat.

Seeing as I’ve lived about 25% of my life in Mexico, I like to be culturally sensitive, as often as possible. This mind blowing and historic Mexican recipe can only be described as “El Yummo!” 😉

Note: We’re going to substitute a crock pot for a hole in the ground. We’re also going to substitute a pork shoulder (Boston Butt) for a suckling pig. Finally, if you cannot find banana leaves (often found in both Latin and/or Asian markets), you can go without, but the achiote paste is a must! 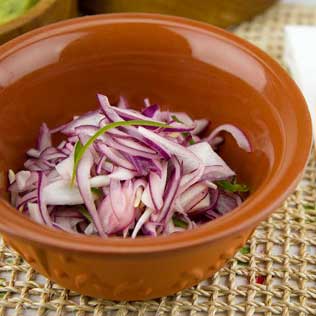 I LOVE pickled onions! … HOWEVER! They need to be super fresh, relatively young and thinly sliced.

Onions are the third most consumed vegetable in the United States (behind potatoes and tomatoes). As a result, they tend to be heavily mass produced. As a result of their durability and capacity to stay edible for several months, unrefrigerated, many onions are REALLY pushing the edge of “fresh”, by the time they get home. An older onion is FAR more likely to make you cry when you cut it. It’ll have that strong … funky … ONIONY flavor, which is something I personally detest (much in the same way I LOVE super clean fresh fish, but LOATHE that old “fishy” smell)!

Look for onions with thin “tissue-like” skins, no bruises or blemishes and which are free of cuts. The necks should be clean and dry. If they have any wet spots, discolorations or soft mushy bits … move on!

A good, fresh onion will slice clean and have virtually no odor. With a sharp knife, you should not cry. The taste should be quite sweet, without the slightly bitter “heat”, which can come from an old onion. The best bet is to get them at a Farmer’s market, where they were very likely harvested within the previous 48 hours!

When using onions for pickling, or caramelizing, slice them from top to bottom, rather than side-to-side. This will help them stay intact, rather than turning into a pile of mush. In this particular instance, thinner is better! Let them sit and marinate for at least 30 minutes, but … overnight is better! They will take on a beautiful magenta hue!

Finally, these delightfully tart, slightly sweet and somewhat spicy pickled onions are PERFECT as a topping on a Cochinita Pibil Taco, with Cheddar Taco Shell. They’re also great as a garnish in soups, as well as thrown into most salads! They have a strong flavor, but … one that tends to complement many dishes. 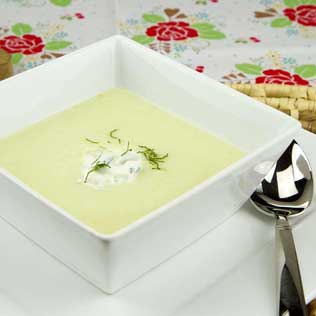 I don’t know why, but somehow this feels like a weird spiritual nod to Ina Garten. She has such a calm and smooth presence. I picture eating something like this in her backyard on a warm, sunny, weekend day. She doesn’t know I’m there, of course, but …

There’s somewhat of a hierarchy when it comes to fruits. So many low-carbers are intimidated by the idea of fruit, and while I’d definitely suggest staying away from a really ripe banana, some fruits are absolutely fine! People usually begin slowly adding berries into their way of eating. This is usually followed by layering in a bit of melon!

In this case, I’ve got a chilled summer melon soup, which is incredibly easy to make. I’ve also added a touch of cucumber (a relative of the melon) to add some dimension, reduce the carbs and lend a bit of texture. This refreshing soup is then topped with a small dollop of Greek yogurt and mint!

Melon Safety: One of the largest sources of foodborne illnesses stem from melons. It’s not because there is anything wrong with the melon, or that the inside of the melon has bacteria, it’s that melons grow in the dirt, where they are harvested and transported, finally being purchased by you, taken home, cut and eaten. The issue is related to the surface of the melon. If it is not very well cleaned, a knife travelling through the melon will carry all the bacteria on the surface, right through the newly cut flesh. ALWAYS wash your melons before cutting them. It will save you!