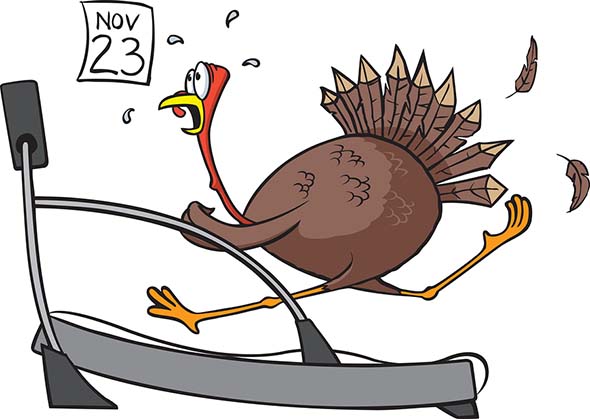 We’ve all heard of Thanksgiving. Most of my readers will celebrate Thanksgiving, this Thursday, November 24th, 2017. Myself, included. I’ll be in Seattle, enjoying turkey with family.

Thanksgiving is celebrated in the United States of America on the 4th Thursday of November. As a US Citizen, it’s the day I celebrate Thanksgiving, but my country isn’t the only one with a Thanksgiving. Canada thanks things, too! Canada already had their Thanksgiving, though. (Canadians, bookmark this post for next October 8th, 2018. You’ll be glad you did!)

Thanksgiving is largely a celebration of the year’s harvest and bounty. MANY countries, in fact, have Thanksgivings or similar harvest-like festivals. Germany, Japan, the United Kingdom, Australia, Grenada, Liberia and more!

This post, however, will focus on the Day of Thanks in the USA.

Thanksgiving, to me, is a day to gather, eat copious amount of turkey, share and argue with family and friends, then loosen my belt and nap on the couch as the day’s indulgences settle in. I think this is largely true for most. I do try and always reflect on the things I’m thankful for (including you, Dear Reader!). It’s always a big day!

I don’t want to bog this post down in too much Thanksgiving history, largely because it’s incredibly muddy. It’s a mishmash of different events, ceremony and celebration that has coalesced into the day we know of.

The most famous and likely the most discussed “First Thanksgiving” occurred somewhere around October of 1619, in the Plymouth Colony. The attendance consisted of 50 pilgrims (all from The Mayflower), as well as 90 more Native Americans. It was cooked by the 4 adult women who had survived their first harsh winter in the New World. The festivities celebrated the first harvest and lasted 3 days.

There was another first Thanksgiving held in 1623, also held by the Pilgrims.

There’s also talk of Thanksgiving services in Virginia as early as 1607.

There was another first Thanksgiving in Texas, held by the Spaniards in 1598.

There was another first Thanksgiving in Florida, also held by Spaniards, on September 8th, 1565. Is this the first? Maybe the first in the US, anyway!

Thanksgiving has been a federal holiday in the USA since 1864, when Abraham Lincoln proclaimed Thanksgiving a day of “Thanksgiving and Praise to our beneficent Father who dwelleth in the Heavens,” to be celebrated on the last Thursday in November. This was proclaimed largely in an effort to get the North and South to chill out, behave and enjoy some collective Turkey. Although, I’m certain it was decreed in a far more presidential manner.

On December 26nd, 1941 Franklin D. Roosevelt signed a joint resolution of Congress changing the date from the last Thursday, to the fourth Thursday of November. Drastic change!

So… yeah! That’s about it. Mostly, though, what I don’t or didn’t know was…

I like turkey! It’s basically like a big chicken, in many ways. I once read that it’s one of the most affordable meats on the market, pound for pound. It’s baffling to me that it’s usually reserved for just 1 day a year. I mean, heck. I do it, too. I also eat it once a year… and I’m a fan! (Note to self: eat more turkey.)

How did Turkey take first place in our Thanksgiving celebrations? It’s largely a day celebrating the harvest. Virtually zero turkeys are harvested on any given year. So, where did this all begin?

Like the day itself, it’s not necessarily a single event. It’s a combination of happenstance and events that have nudged and massaged the turkey to the forefront of Thanksgiving.

William Bradford, a pilgrim on The Mayflower and the leader of the Plymouth Colony wrote in journals of how the colonists had hunted wild turkey during the autumn of 1621. He also wrote, “And besides waterfowl, there was a great store of wild turkeys, of which they took many, besides venison, etc.”

Of the first Thanksgiving, fellow Separatist Edward Winslow also wrote, “Our harvest being gotten in, our governor sent four men on fowling, that so we might after a special manner rejoice together after we had gathered the fruits of our labor. They four in one day killed as much fowl as, with a little help beside, served the company almost a week.”

Turkeys (Meleagris gallopavo) are a uniquely North American bird (spanning parts of Mexico, central and eastern United States, as well as parts of southern Canada). As an interesting aside, Benjamin Franklin wrote a letter to his daughter, in which he states that the Turkey would make a better representative of the USA than the Bald Eagle. He wrote, “I am on this account not displeased that the Figure is not known as a Bald Eagle, but looks more like a Turkey. For the Truth the Turkey is in Comparison a much more respectable Bird, and withal a true original Native of America… He is besides, though a little vain & silly, a Bird of Courage, and would not hesitate to attack a Grenadier of the British Guards who should presume to invade his Farm Yard with a red Coat on.”

Back in history, Chickens and Cows were considered more valuable due to their milk and more voluminous production of eggs. Turkeys were farmed or hunted for their meat.

When gathering a large group of people, it makes more sense to share a larger bird, as a single chicken would barely even feed me, much less an extended group. A turkey is far larger and will go much further!

Turkeys are also ideal for a fall feast. They’re born in spring and are of a full and delicious size by late November. They’re also cheaper and easier to hunt than geese.

An author named Sarah Josepha Buell Hale (who wrote a famous nursery rhythm about a little girl named Mary and the snow-white lamb that stalked her), really championed Thanksgiving as a national American holiday. Her first novel, the 1827 novel “Northwood” was an immediate success. It was a description of New England characters and manners. In it, she espoused the New England virtues as the model to follow for national prosperity and success.

Northwood also contained a full chapter on Thanksgiving. In it was the first detailed description of the New England tradition.

WHAT?!?! Where are the cranberries?!

Seriously, though… I usually cut quotes way down, but this is such a perfect snapshot in time, it felt wrong to remove any part of it. Note that I bolded the sentence about the turkey. Just reading this fills me up. I’m full, already!

Sarah believed that the New England Thanksgiving holiday had a certain domestic and moral influence over Americans. She also believed that a single national day could unify the nation. If everyone across the large country is celebrating, there could be no discord. At least, not on Thanksgiving. In 1846 she began a crusade to make Thanksgiving a national holiday. She fought for 17 years, including writing letters to 5 different US presidents. Her final letter to President Abraham Lincoln finally worked. In an effort to unify after the stress of the Civil War, President Lincoln added the third national holiday (Washington’s birthday and Independent day, being the other two).

There’s a reason she’s now referred to as “The Godmother of Thanksgiving”!

200+ years ago, we didn’t have planes, trains and automobiles. In order to get turkeys to customers, they were walked or trotted, by turkey drovers. They were trotted hundreds of miles, in some cases, covering upwards of 20 miles per day, over mountains, rivers, rickity roads and all manner of rough terrain. Apparently driving cattle is a FAR more pleasant experience than being a turkey drover. Turkeys are apparently stubborn, easily frightened and extremely chaotic. They also won’t move at night. Reading stories of turkey drovers make happy about my job sitting and typing, all day. Score for DJ!

Because of the difficulty in turkey trotting, some thanksgivings were simply turkeyless. At one such turkeyless celebration, founding father Alexander Hamilton once said, “No citizen of the U.S. shall refrain from turkey on Thanksgiving Day.”

In Charles Dickens’s 1843 novel, A Christmas Carol, Ebenezer Scrooge sends an enormous turkey to Bob Cratchit’s house on Christmas Day. As Dickens was tremendously popular in the U.S, this boosted the recognition of turkey as America’s holiday food choice.

All I can really say is… I think all of these influences and mixtures of place and time have put turkeys right smack in the middle of our Thanksgiving meals. All this makes me thankful that I’m not a turkey drover and I’m not a turkey (unless, of course I’m the turkey that the President pardons each year!)

And, on to the recipes!

Boy do I wish I remembered where I was when I first enjoyed the source of this recipe. I want to say it was at kind of funky rustic farm to table joint that I checked out on a drive through Chicago, but I really don’t recall. The original recipe… More > 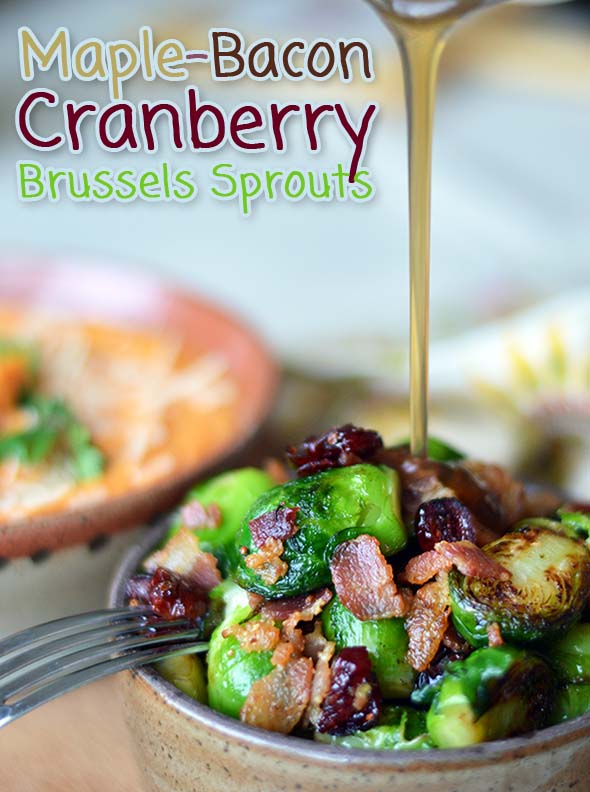 For you hardcore fat slurping keto-low-carbers: you’ll probably want to stop reading. This one is likely to break the bank. You’ve been warned! So… what is this carby nonsense doing here, anyway? Honestly? I don’t know. I’m human. I’m reckless. I’m fallible. *sigh* It’s designed for a holiday side… More > 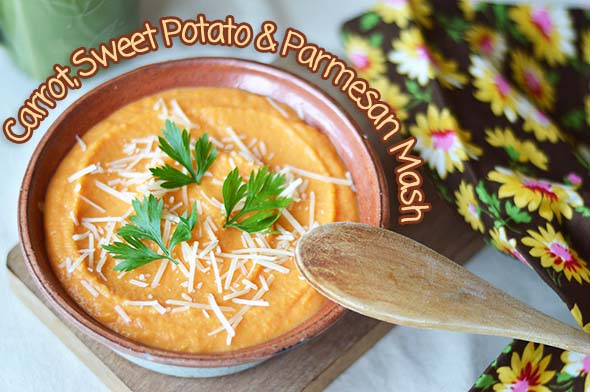 Domesticated turkeys can’t fly. On that note, I’m going to fly right square in the face of tradition. Look at just about any photo of a Thanksgiving dinner and you’ll see it taking up its rightful place as the King of the Table. A full, substantial and beaming golden turkey… More > 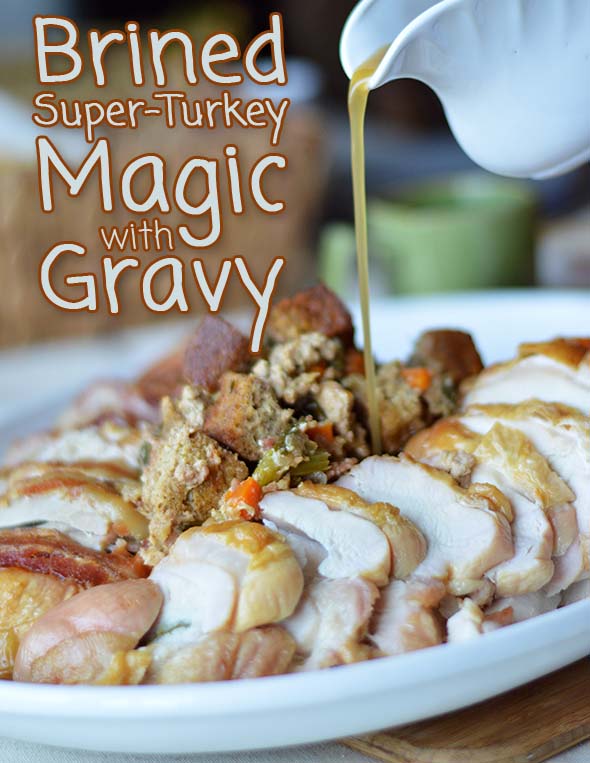 I don’t know if stuffing reserves that perfect space in my heart because it’s just that wonderful or because I only get to eat it once a year. It’s probably a combination of the two. I just know that I genuinely love it, because back in my darker days a… More > 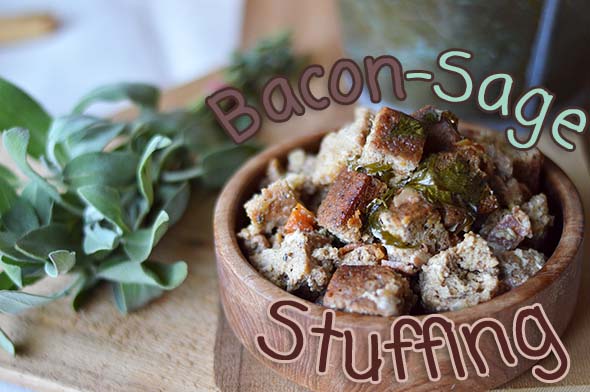 When I was a kid, I loved pumpkin pie, but I also remember only ever eating the silky pumpkin custard occupying the lovely space above that detestable crust. To me, it was little more than rind, to be discarded… composted. There was also no such thing as too much… More > 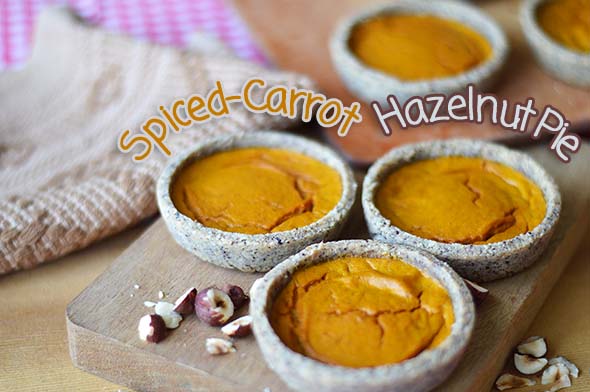 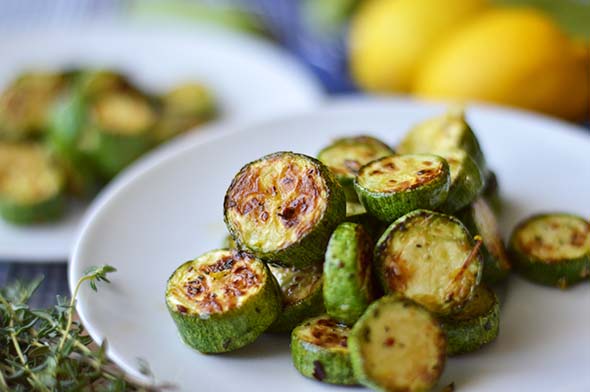 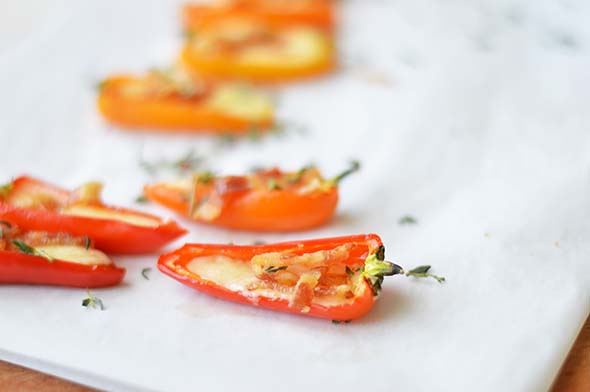 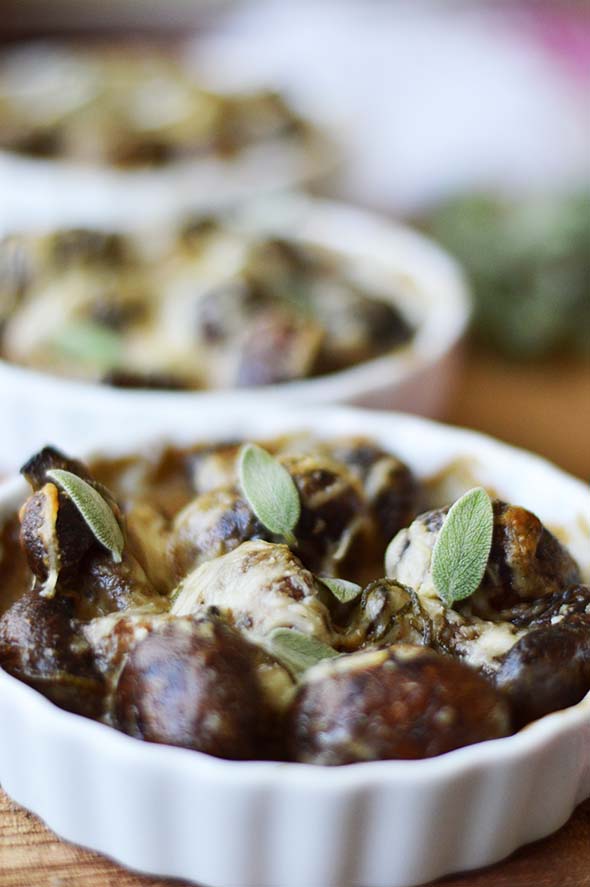 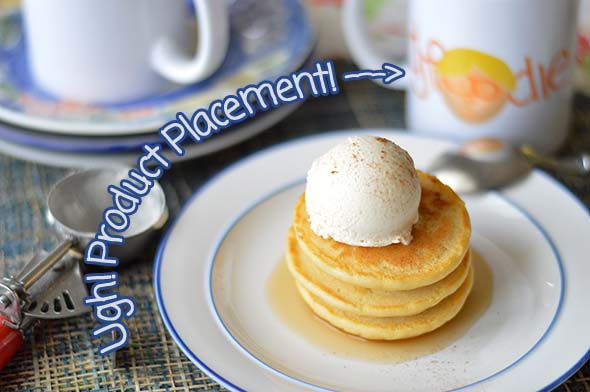