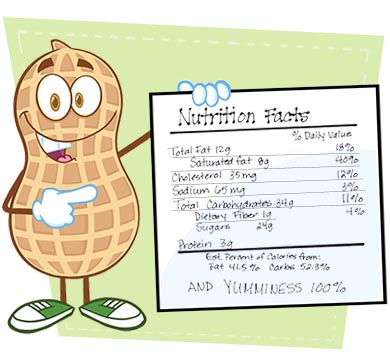 Due to new year’s resolutions, my little website has been SLAMMED with new people. In the past 2 weeks, my traffic has increased by about 5 times the norm and several thousand new people have signed up. WELCOME! I’ll do my best to give you quality information and tasty recipes!

With all these new signups, one pattern is becoming abundantly clear … the presentation of my recipes confuses some people. In fact, it downright angers some of them! Once I’m given the opportunity to explain myself, unanimously, everyone is blown away by what I’m offering. However, until they see the light, I’m out there ruining the world through my lies and deception.

I understand the initial confusion. I do. Please allow me to clarify … 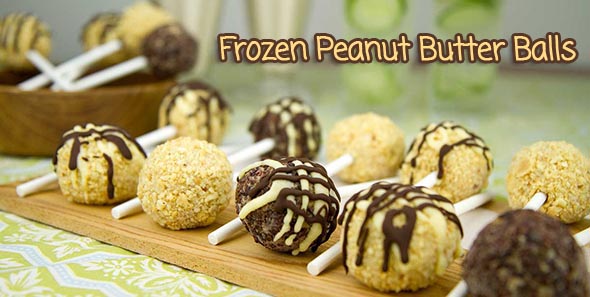 Also, here is a “screen shot” of the way my ingredients list and nutrition is presented. 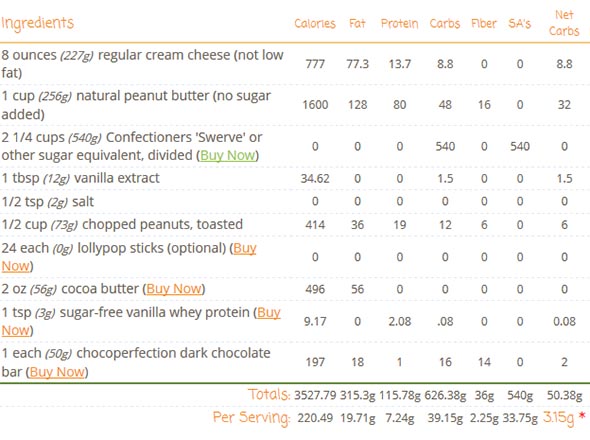 Notice how every ingredient has its nutrition facts listed on one line? If you read the nutrition facts panel on any product, you’ll NEVER see anything like this. This is true transparency. That information gives you the ability know exactly what each recipe contains and in which amounts.

Let’s imagine that we’re laser focused on the far-right column “net carbs”. If we’re trying to eat less than 10 net carbs a day, because we feel like being extreme, that column is incredibly valuable! It’s clear that most of the net carbs come from the peanut butter. By cutting the peanut butter in half, skipping the rolled peanuts and chocolate, the information is still available to quickly figure out the net carb content for what are likely to be still very delicious, slightly smaller peanut butter balls. We’ll have gone from 3.15 net carbs to 1.6 net carbs! It may seem like a small change, but for someone who is fanatically counting every carb, it’s incredibly important!

For people following a Ketogenic diet, paying close attention to their fats, protein and carb ratios, knowing the macronutrient value of each ingredient is invaluable! If someone needed to up the fat in this recipe, they have the information. They may look at the ingredients and … double the peanut butter! The end result is still going to be a delicious peanut butter ball, but with a fat content that is more appropriate to their plan.

This, to me, is incredibly important. I believe it makes me incredibly unique. I have near 400 recipes broken out in this manner, and this is precisely why. It allows transparency and flexibility for those that need it.

As an added piece of only mildly relevant trivia: presenting recipes in this manner actually hurts me. Search engines have a specific format for recipe display that they prefer. Meaning, a “well formatted” recipe will get better visibility in search engine results, which translates to more traffic! Believe it or not, my recipes are considered “poorly formatted”, because they don’t match the standard.

* Looks upwards and shakes fist at the Google Gods! *

My point is this: it’s THAT important to me to display this information to people. I do it, even though Google doesn’t want me to.

The Freak Out Moment

Many experience a “freak out moment” when they see the “carb” column, scroll down, fall out of their chair, bump their elbow and then … send me a scathing email about how, “You’re sharing low-carb recipes that are anything but! How could you?! You are what is wrong with the internet! You’re why it’s impossible for me to trust anything I read! I hope you die!!!”

Oddly, I’ve gotten used to these. See, a lot of people just “go low-carb” or they “go paleo” or … they “go somewhere” … often without a map! They just haphazardly decide to eat less than 20 carbs a day, see my “low-carb” recipe for tantalizing frozen peanut butter balls, scroll down and see that each one has almost 40 carbs!! They react. BOOM!!!!

MANY people aren’t arming themselves with information when they “go somewhere”. It would be like entering a great city, without a map, and trying to find the best local bacon smokehouse. I’m here to say … maps help. As do books and rules and guidelines. Counting 20 “carbs” without knowing why you’re doing so, or even which carbs to count … will only get you lost. There are reasons for all of this …

The idea behind reducing carbs is actually to reduce only the carbohydrates that elevate blood sugar. Not all carbs do this. As a result, we can deduct some carbs from the total. In my case, I’ve already done the math for you! If you look at the right-most column, the total number of “net” carbs or “impact” carbs or … the “dark evil bad” carbs … are on the right. The “Fiber” and “Sugar Alcohols” have been subtracted from the totals. This is how Frozen Peanut Butter Balls go from almost 40 total carbs to just over 3 “impact” carbs. The 2.25 grams of fiber do not raise blood sugars, nor do the 33.75 grams of erythritol, from the super replacement that I’ve suggested.

There does stand a chance that I could improve the way I’ve presented my grid, but I’ve asked for input in the past and most that “get it” were unable to offer any better ideas. (Except for one, which is to move the number of servings closer to the grid. It’s on my “to do” list.)

The only big nutrient that I didn’t include was “sodium” and this was done for a few reasons. 1. I didn’t have room. 2. I VERY rarely specify how much salt to include. As a result, it would never be very accurate. 3. Finally, salt is not so bad!

Again, if you’re counting calories, you can use my display method to decrease the most offensive ingredient. Also, don’t undermine your own ability to make a choice. If something is too high in calories … don’t eat it. Honestly, my display of nutrition information has actually saved me in many duels, just as much as others are puzzled by it. 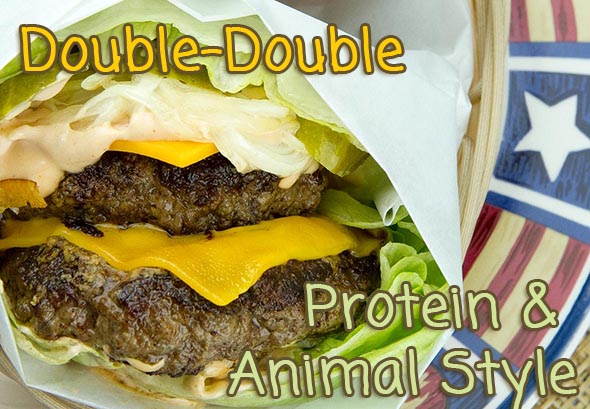 If you were to wrap these 700+ calories in a high carb bun, then … all that extra energy will be stored … on your buns … because the carbs in those buns will release insulin, which will run around, willy nilly, and stash that stuff for later use (for times of famine, for example).

However, without the carbs and without that insulin, the calories suddenly become FAR less of an issue as the food and nutrients take different metabolic pathways … resulting in a stable weight or even weight LOSS … off of far more nutrient and calorie dense foods!

I don’t want to suggest that lowering carbs means you can eat with reckless abandon. It’s not a free-for-all. Even for low-carbers, calories become somewhat important as many near their goals. For the most part … calories aren’t much of a factor.

To give an example, a 135 lb. woman eating a low-fat/high carb diet will need to eat about 1700 calories to maintain her weight. However, the same woman can eat somewhere between 2200 and 2400 calories on a low-carb diet and maintain her weight. It’s a significant increase in calories, but with less insulin stashing that excess energy for later, it’s more readily burned off and used more efficiently.

Calories still matter, but … nowhere near as much as is commonly believed.

Within the Standard American Diet (SAD), calories do matter, but … this seems like it’s an outdated and flawed system, to me. Since that system has gone into place, people have only gained weight and increased in blood sugar related issues.

Finally, it should be said that my recipes tend to run fairly high calorie, in large part because they’re “my” recipes. I have big eyes, a big mouth and a big appetite. The portion sizes are all quite large, as they’re created by an over 200 lb man! If the amounts cause you anxiety … just make the portions a bit smaller and you should do quite well.

So, there you go! That’s why my recipe are displayed the way they are. It’s also why you should arm yourself with info before any kind of major lifestyle change.

I’ve got another guest post. I received comments from a few people suggesting that they didn’t understand that this is a recipe that “I” made. Apparently I excel at sending confusion out into the world!

I cooked this recipe. The photographs are of a soup that I made. The descriptions are mine, etc. This recipe is on Martina’s website because she needed a soup recipe for a “Clean Eating” meal plan she’s developing. It’s also a good way for her to introduce me to her audience … by giving them a slice of what I do. It’s a win-win for both of us! 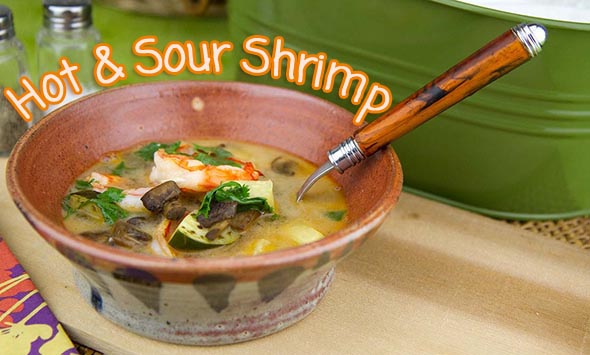 So … this is my recipe … but … it’ll live its life on the KetoDiet App Website. Check it out!

Because of the feedback on my previous guest posts, I’m going to post these 3 recipes again, in case these were overlooked previously. Again, these are my recipes … expect the same tone, photos and writing style as is usual! 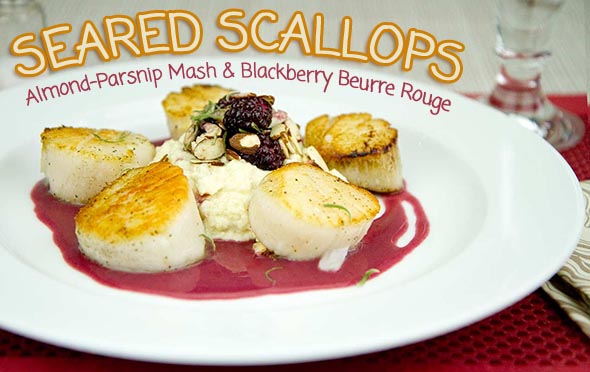 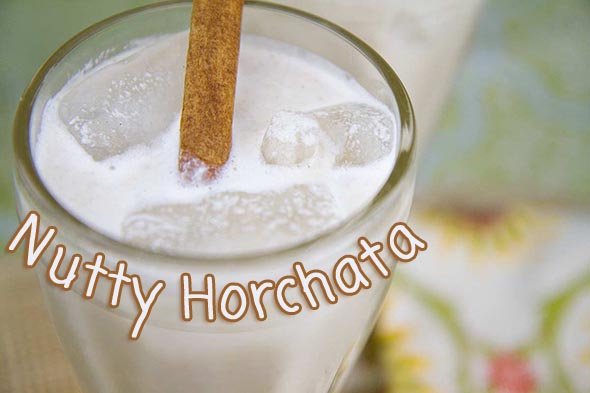 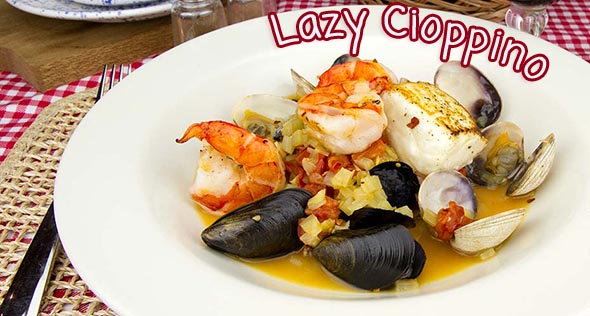 I hope everyone’s new year has started out with a bang. We’ll speak soon!

13 thoughts on “Nutrition Facts Seen through a Peanut Butter Lens”