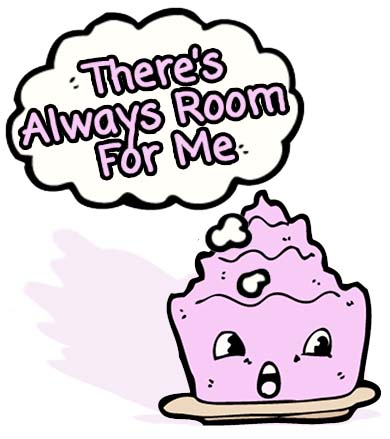 I recently wrote a fun and informative book on grain-free and sugar-free quick breads. While there’s a lot of variety within those pages, I wanted to go a step deeper into the kinds of things that can be done with a very basic little sheet of cake or a couple of banana bread croutons.

Why not soak them all in Jell-O!?

I think Jell-O might be one of the strangest common foodstuffs. On the surface, it’s this incredibly fun and colorful dessert, the bright spot of many childhood dinners. Jell-O comes in a wide variety of flavors and outlandishly dazzling colors. There are currently about 20 different flavors available, many of them quite straightfoward like lime, grape, lemon and raspberry, but there are also blends like strawberry-banana, fruit-punch, cherry-lemonade, and melon fusion.

Over the long 120-year history of Jell-O, there have been about a hundred different flavors, not including their puddings and whatnot. JUST their gelatin desserts, flavors like: Italian Salad, Mixed Vegetable, Seasoned Tomato, Celery, Cola and Maple Syrup.

And, the reality is… as long as there’s some kind of water, most any flavor is possible!

See, the thing that allows Jell-O function is a colorless and flavorless protein substance derived from collagen. This mixture of proteins and peptides is called gelatin. Gelatin is what gives Jell-O its jiggle, Gummi Bears their gummy chew and Marshmallows their soft subtle poof!

Now, if you believe ignorance is bliss and you don’t want to tarnish childhood memories and tasty treats, ignore what I type into the green box below.

Gelatin is made by boiling animal parts. Wacky, huh?!

Anyone who has made a rich bone broth knows that when it’s cooled, it takes on a very gelatinous texture. I remember when I was younger, I’d make massive batches of bone stock for restaurants and hotels. I remember carrying around 5 gallons buckets with thick and rich chicken stock jiggling and swirling around. That wobble is gelatin!

Gelatin comes from collagen, which is the soft protein that holds together bone, muscles, skin, tendons, ligaments, etc. It’s like meat glue for animals. It’s also the stuff being injected into some faces and lips to add lusciousness and turn back time.

The oldest known versions of gelatin were used as a glue and binder for things like cave paint. There are written descriptions of a fish based gelatin used as glue over 2000 years ago, in Europe. Actual recipes started to appear around 1400 AD, where collagen high biproducts such pig ears and feet were used to create gelatin, filtered into special bags. This was used to encase, in various shapes and forms, meats and vegetables. This also helped to stave off spoilage!

When I was 18, I went to cooking school in New York. One of the classes was called “Charcuterie”. It’s during this class that I learned that Jell-O was made with gelatin, then I learned what gelatin was. Charcuterie is an art form surrounding cooked meats, particularly pork. It was born of a need to preserve meats in the days before refrigeration. One of the tools heavily used by a charcutier is gelatin. Gelatin would be used to encase various foods, the savory version of which was called an Aspic. The sweeter variety was often called a Gelatin Salad. 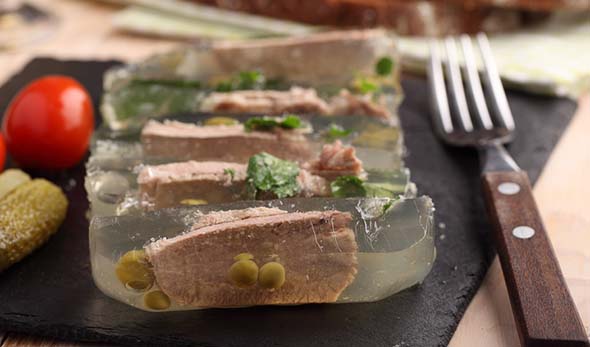 We made a lot of this kind of thing, while I was in school. I was even on a charcutier team, competing for best platter. Ours was an entire side of salmon, coated with dill marinated cucumber, encased in a perfect sheet of gelatinous fish broth. I don’t remember if we won, but I DO remember being impressed by the detail and creativity.

I find all of these things to be absolutely fascinating, from a historic point of view. A lot of it is even pretty and quite clever! I almost never want to eat meat encased in gelatin …

… but at one time this was considered high society!

It took a lot of time and effort to make a strong clean, properly filtered gelatin. It took substantial staffs and majestic copper molds to create impressive platters for guests. Ones display of gelatin molds was a way of showcasing wealth and affluence. 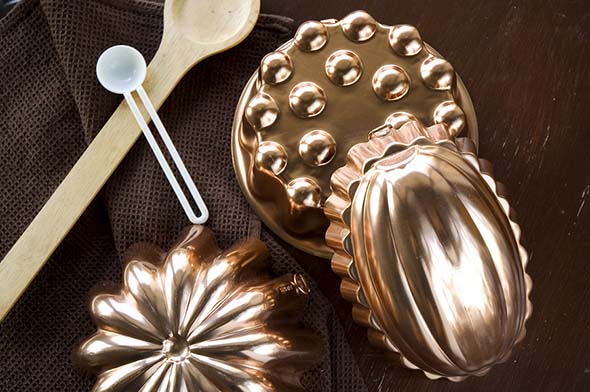 Moving through time, various techniques were used to refine gelatin, to boost clarity and decrease flavor. By the mid 1800’s, some producers were drying gelatin into sheets and powders. In 1845 Peter Cooper, the inventor of the Tom Thumb steam engine, patented the first gelatin based dessert powder. He didn’t really mean to discover it, but it just happened to be a process similar to making glue, one space where this industrialist had made a fortune. He patented his Portable Gelatin, but did nothing to promote or commercialize it. 50 years later, with virtually no interest in his product, he sold the patent to Pearle Bixby Wait, a New York cough-syrup manufacturer.

Pearle decided to leave behind the cough syrup business and started adding flavored fruit syrups to his gelatin. He and his wife May worked on their product, which was a mixture of flavor, gelatin and 88% sugar. May called it “Jell-O”. Unfortunately, they didn’t have the funds to promote their product and sold it to their neighbor, Orator Woodward, for $450.00.

Woodward also had no luck with his Jell-O, at one point trying to sell it to his plant manager for just $35.00. Woodward finally started to have some luck when he sent well-groomed salesmen in beautiful horse drawn carriages to various fairs, socials and other community gatherings. This started an upswing. Jell-O became fashionable!

In 1902, Woodward launched the “America’s most favorite Dessert” campaign. Posters, billboards and ads, along with millions of Jell-O booklets were distributed all throughout the USA. Norman Rockwell provided illustrations and Jack Benny promoted Jell-O on the radio. Jell-O because a household word. 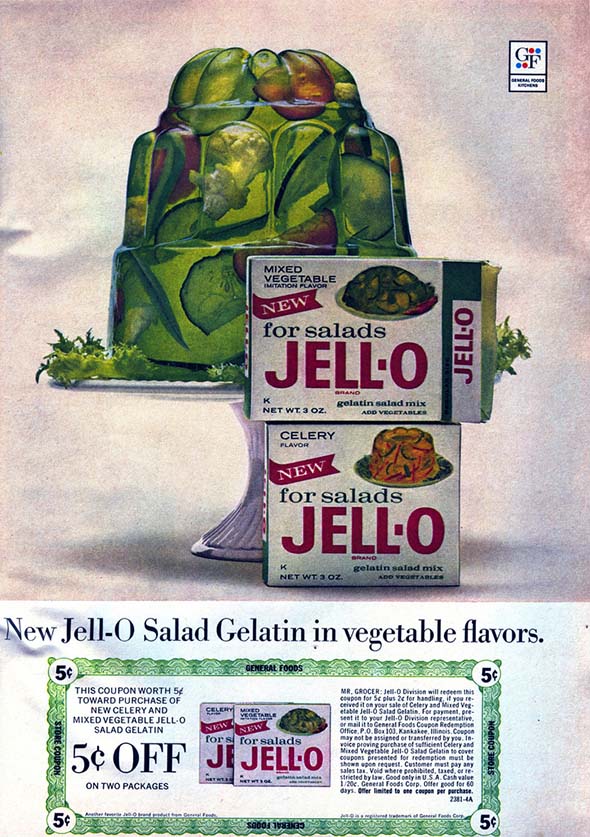 Jell-O sales peaked in the 60’s, largely propelled by Jell-O shots and the slogan, “There’s always room for Jell-O”. Jell-O, a perfect light dessert after a heavy meal …

Jell-O isn’t hurting, though. There are roughly 500 million boxes of the stuff, sold annually. There are a further billion Jell-O cups sold. The Jell-O brand name currently carries over 100 products, including pudding, pies and more.

Hey, speaking of women in the workforce, in 1894 another New York gentleman by the name of Charles Knox developed the world’s first pre-granulated unflavored gelatin. He watched his wife go through the long process of making gelatin and vowed to find an easier method. He tweaked and tuned until he found a method superior to anything on the market. He then hired travelling salesmen to go door-to-door, showing people how to add water to his product and use it for aspic, salads and desserts. In 1896, Rose Knox published Dainty Desserts, a book of recipes using Knox gelatin. Over a million were distributed, annually.

In 1908, Charles Knox passed. Rose took over the helm and became very successful. Her first day of work after Charles passed, she closed the backdoor to the factory and declared “Men and women are equal. As such, this is how they will be treated. There is no need for two separate doors.” She also instituted a 5-day work week and a two-week vacation, something unheard of, at the time. She and the Knox Gelatin Factory survived The Great Depression, without having to release a single worker. Ruby Knox won respect far and wide, and was known one of the leading business women of her time. She passed in 1950, at the age of 93. 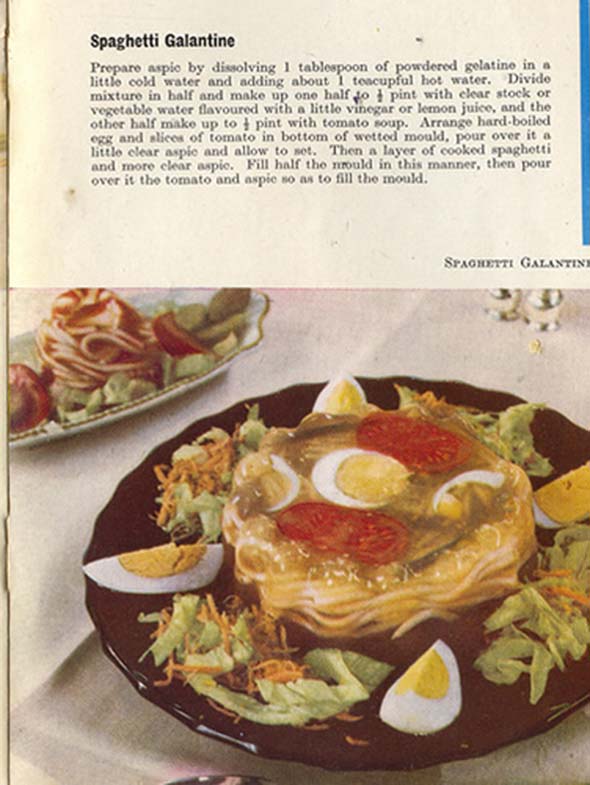 It’s interesting to note that my new recipes were all made with the unflavored Knox gelatine (with the “e”). However, I DID make an interesting recipe with sugar-free Jell-O a few years back … 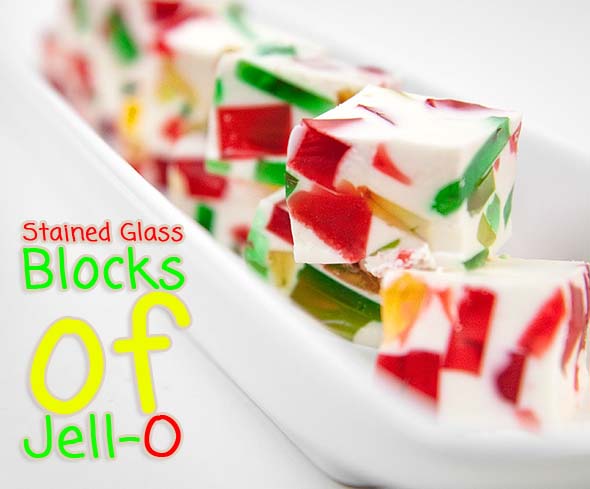 See, the great thing about the unflavored gelatine, is that I can turn it into any flavor I’d like! I can encase meat and vegetables with it, add it to coffee or create any number of flavors that Kraft Jell-O doesn’t make. Thank you, Charles and Rose!

I should also point out that the Great Lakes unflavored gelatin (red can) will work, in place of the Knox. Gelatin is a fantastic source of important nutrients. Gelatin is great for the gut and digestion. It’s wonderful for joints and joint pains. It’s helpful for growing strong hair and nails. It’s great for the skin and heart. It improves sleep, mood, and thought. It’s great for bone density. It aids regulation of the body’s metabolism. It helps satiety, too!

Low-primalists love Jell-O. You can find sugar-free iterations at pretty much any grocery store. They’re fun, colorful, and tasty, while also having virtually no carbs and containing the wonderful gelatin. I usually prepare my own gelatin treats and am a huge fan of using it with chocolate or to make panna cottas.

Currently gelatin is breaking out so much so that fancy powdered supplements are being sold and added to smoothies, coffees, puddings, teas, and more. In fact, there are even little shops opening that serve bone broth, much in the same way cafés serve coffee. What is bone broth full of? Gelatin!

Now, on to the recipes!

Believe it or not, one’s choice of sweetener is often controversial. This puts me in an awkward position, in that I have opinions on sweeteners that offend some, just as much as others support me. As a blogger, it’s typically acceptable to just talk about natural things and act as … More > 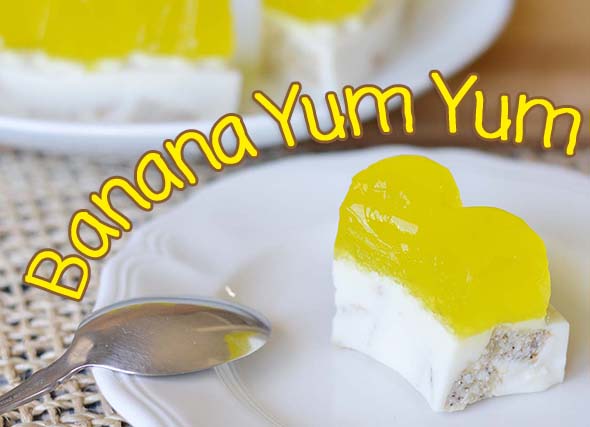 I’d admit that I was really shocked at how much this translated like a light and smooth cheesecake. Now, granted the vanilla cake is a very different texture than that of a traditional cheesecake, but that’s just a shift in perception. It was a super light blueberry crested cheesecake! Now … More > 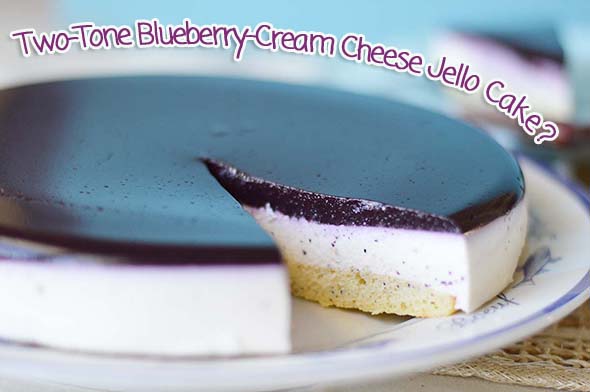 In a world without sugar and flour, including the fruit sugars that come about when using real fruits, an interesting array of sweet treats seems challenging and difficult. While it’s fun to come up with ways to build a dessert around a small amount of actual fruit, or even use … More > 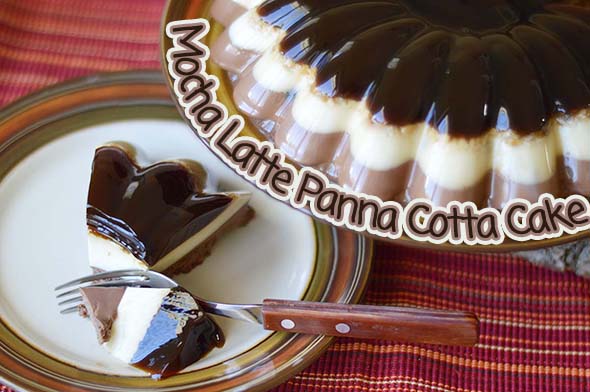 The reviews are starting to come in. Here’s one from Franziska Spritzler, RD, CDE 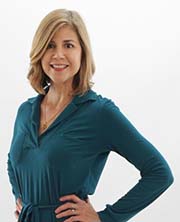 ‘DJ Foodie is back with another fantastic cookbook, and like Taking Out the Carbage, it’s definitely a must-have! The Fakery provides a ton of helpful guidance, including choosing ingredients and substitutions that guarantee the best results, the importance of ratios, and many other tips for becoming a world-class low-carb baker like DJ himself! The book is extremely well organized, and the recipes are easy to follow, healthy, and scrumptious (Sour Cream Coffee Cake with Hazelnut Streusel, anyone?). In addition, it’s filled with exquisite photography and cool illustrations, and the entire book is written in DJ’s warm, engaging, personable style. I highly recommend The Fakery for all low-carbers, as well as anyone who loves to bake!”

Once a Month Cooking and Freezer Meals! 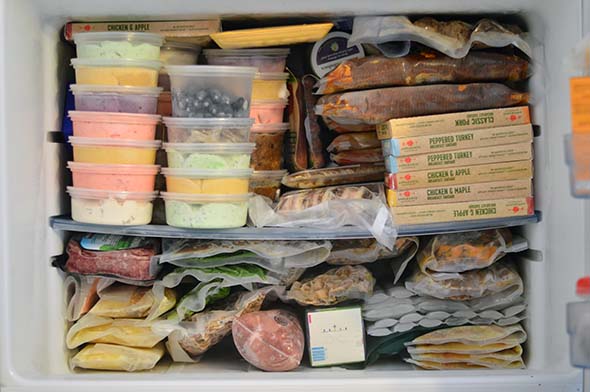