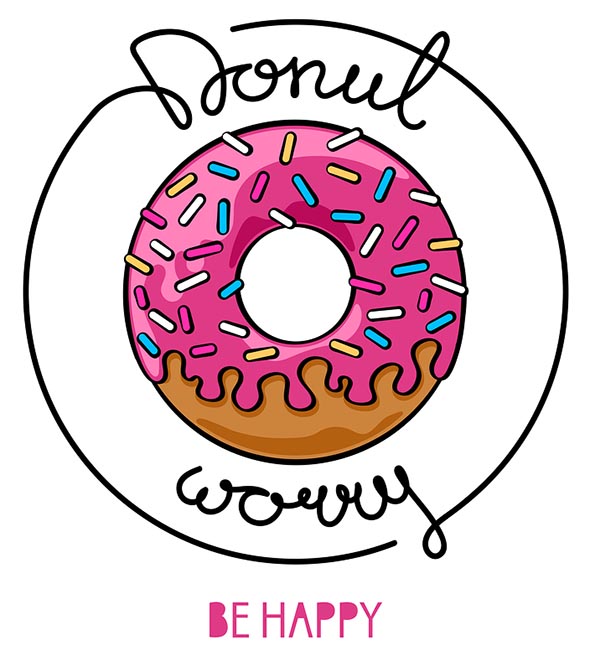 I have a weird and lightly deceptive relationship with doughnuts. I don’t eat them anywhere near as often as I claim I do. I also claim to love doughnuts, but I don’t. Not really, anyway.

Maybe 5 or 6 years ago, I took a trip with a couple of friends to the East Coast. We travelled around upstate New York, Massachusetts, Vermont and New Hampshire. I attended college in this area, so it was kind of a reunion of sorts.

One new addition (new to me, anyway) to the North East is the shear ubiquitousness of Dunkin’ Donuts. Not only are there a lot of Dunkin’ Donuts, but they’re inside grocery stores, malls, gas stations, airports and more. If my eyes were open, I was likely looking at a Dunkin’ Donuts. It’s not as if I was looking for them, mind you. I tried NOT to find them, but then I felt very aware of how much I was trying NOT to look at them, and it seemed as if more and more appeared. I tried to turn my head and look away, but then my sight would simply settle in on the other Dunkin’ Donuts, across the street. Durn Dunkin’ Donuts!

As a general rule, I eat quality nutritious foods. I eat the recipes from my own website, or I eat foods that fall within those guidelines. Holidays, periodic planned meals out and travel, however… I allow myself some indulgence. The trick is simply to get back to good habits, the day after. “Planned” cheat day, being key.

Dunkin’ Donuts was open 24 hours a day and was invariably across the street from any hotel we’d stay at. Let’s just say… I ate a doughnut or two, during that trip. Occasionally, in the wee hours of night. Slowly, this idea that I love doughnuts started to bubble up amongst those of us in the car. It became a running joke.

I blame the convenience of it all, but… some of them were quite tasty!

Truthfully, when I’m not on a road trip in the North East, I actually eat very few doughnuts. However, it’s become my code for friends and family. When I’ve indulged, and I have that foggy-brained, puffy-eyed carb hangover, I simply tell people I’ve had some doughnuts. They know what I mean, even though it’s highly unlikely I had any actual doughnuts. I probably had a few tacos and an horchata, but that’s another story, for another time.

The reality is, doughnuts are awful. They’re the worst. They exist atop the peak where sugar, starch and unhealthy fats convene at the top of Mt. Unwell. They’re the perfect 50:50 blend of fat and carbs, which makes them terminally desired and unquestionably tasty. Even a bad doughnut is going to tickle the ol’ fancy.

Sheesh, as I’m writing this, I’m very worried I’m romanticizing doughnuts out loud. If I am, I don’t mean to be. They’re awful! They are full of sugar, so they will trigger a massive insulin spike, which will stash all those calories on your rear for a future day of famine. As if that isn’t bad enough, they’re high in unhealthy fat (as opposed to good clean healthy fats). They’re additionally calorie dense. That’s that much more extra energy stashed on your gut for the starvation that your body is preparing you for.

Our bodies are designed to seek out nourishment, to keep us alive. We seek energy. Doughnuts contain instant energy, and then some! Our bodies believe that it’s evolutionarily advantageous to indulge in doughnuts!… 7,000 years ago, in the time before time. Our bodies don’t know that there’s a Dunkin’ Donuts on every street corner in Quincy, MA. It just knows its job is to stay nourished and alive. Doughnuts have the perfect make up of survival food!

DJ! QUIT IT! Doughnuts are terrible. They’re bad for your teeth, your heart, and your gut. They’ll trick you into eating more and more until you’re bloated on the couch watching WKRP in Cincinnati reruns, but you can’t pay attention to Dr. Johnny Fever because your mind is soblotto. And, they actually don’t taste very good. They’re all synthetic, process and colored with unnatural agents. Bleh. Pooey!

Or… are they? Can they be good? Is there a way to enjoy a doughnut without tearing it all down?! Any good alternatives?!!?

Below I share my answer to the doughnut. In short: Yes! It’s possible to enjoy a doughnut without breaking the carb bank. Huzzah!! I knew it! 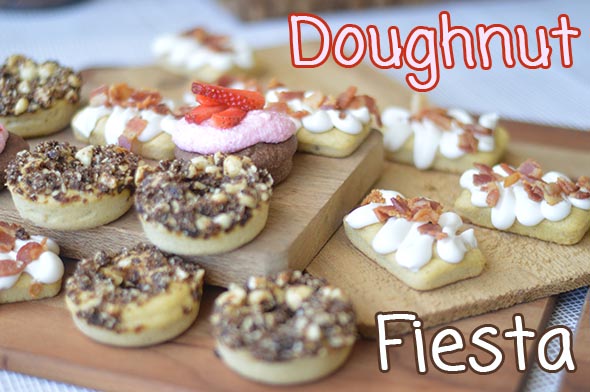 For those of you who missed my last blog post about the substantial and cost-effective Pork Loin, I’ve joined a massive group of authors to create the biggest single high quality collection of Ketogenic/Low-Carb content I’ve ever seen (well, since January, anyway).

The organizers had such success with the bundle last January, they reached out to all the authors about doing it, again. They took the content from earlier in the year, layered in some more great stuff (a total value of over $1,300!) and did it all without raising the price. It’s just $39.00 for the entire thing. A massive 97% off! 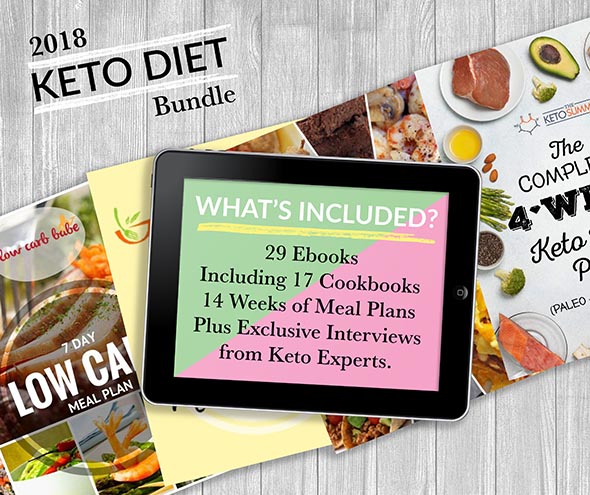 Now, honestly, this reminds me a bit of those “1 penny for the CD Club” thing when I was a kid. What’s the angle? Anything that seems too good to be true… must be, right? As weird as it is, this is one of those rare perfect storms where all the authors contribute content, then work together to promote it. It’s fantastic for all the authors, who all get introduced to one another’s audiences. It’s fantastic for the community, who all get a big boost and a ton of great information. It adds excitement, promotes discussion and gets these healthy ideas out there, even further.

Finally, and more importantly, it’s FANTASTIC for you, who get to sample the efforts of over 30 different contributors… myself included!

Take a look to learn more. But, be aware! This will only last for a little while longer. This collection will be available until 11:59pm EST on Tuesday, September 18th, 2018, at which time all the authors go back to their regularly scheduled programs and the organizers take down the sales page.

Grab it while it’s available. No risk. No catch. If you don’t like it, return it within 30 days. Instant refund. No questions asked! 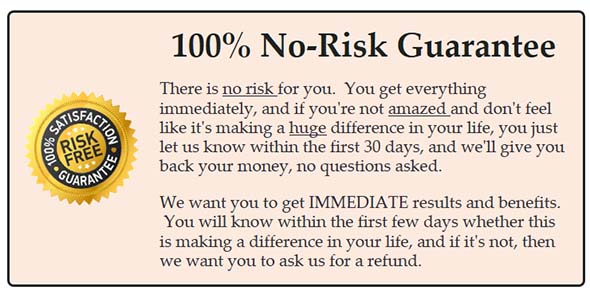 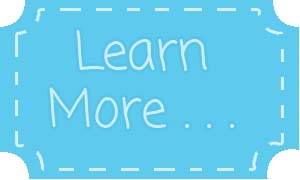 This is a Test

And, finally, before we get to the doughnut fiesta, I’m curious about something. As much as I focus on keto, low-carb, primal, grain-free, sugar-free, yada yada yada, I secretly really care more about cooking, cooking techniques and giving people the confidence to get in the kitchen and cook up some tasty goodness! If all I ever do is just give specific recipes, I’m just giving step-by-step instructions to follow.

Without my giving you a detailed recipe… 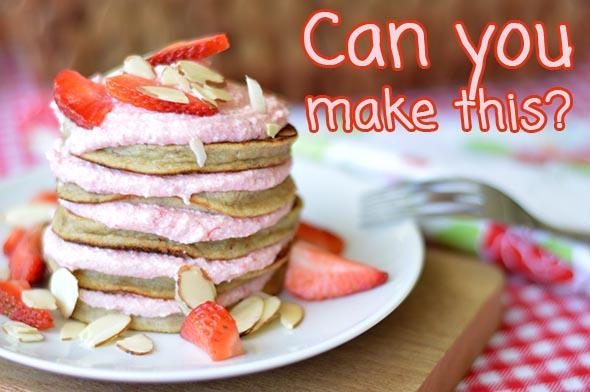 Well, could you? Email me. I’m curious!

Finally, to the Doughnut Fiesta!!!

In all seriousness, when I think of doughnuts, I typically think about a… More > 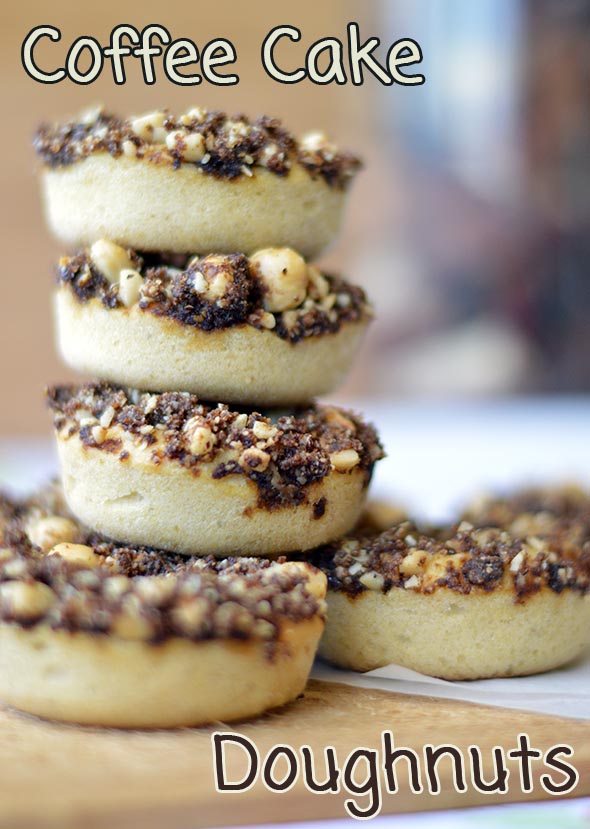 I’m not that strict. I warble. I tilt to one direction or another… More > 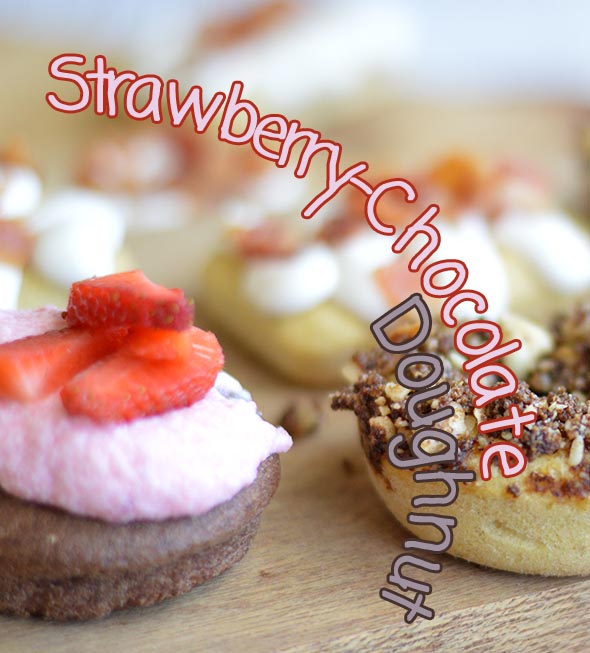 A few years ago, I went to Portland, Oregon and attended an Organic Farming conference with some friends. I was living in Seattle at the time and was able to pop down for the weekend.

As much as I love a good doughnut, I consider them to epitomize junk food… More > 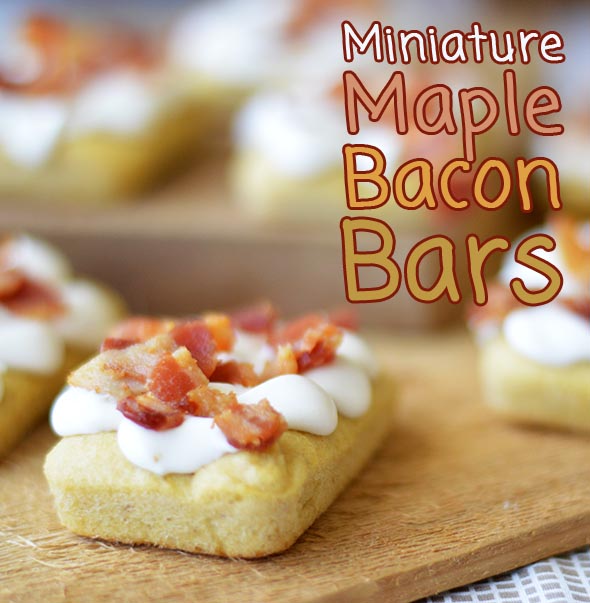 Take a look at my books!