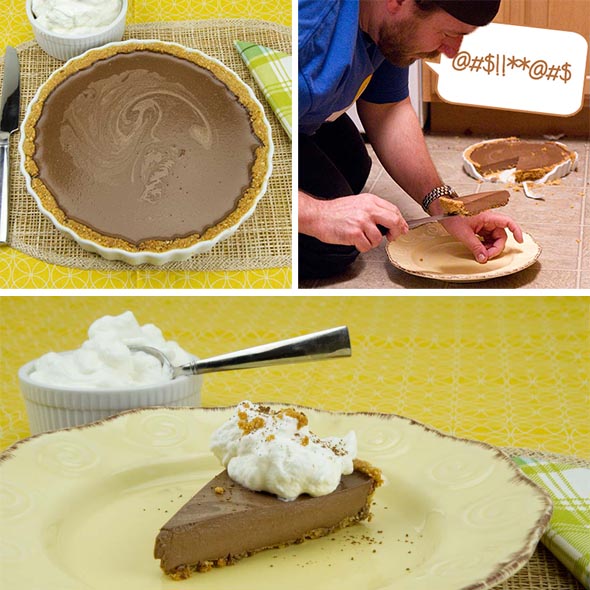 It should be pretty obvious what’s happened in the photos aboce. I was just as upset that I’d dropped it because of the mess and the loss of my new pie pan, as I was that I wasn’t going to get to eat this luxurious dessert! I was NOT happy with this little kitchen mishap. The good news is, I was still able to get a picture!

“DJ, you’ve been here for 3 years, and are heading to cooking school after the summer. I want you to spend your final 3 months on the line,” said Chef Karl, in his thick German accent. I was elated! After years of dishes, washing lettuce, making fruit purees and rolling strudel, I was going to work with the big boys!

The Chef and Fernando danced around me, moving and shouting as usual, but this time, I was in the way. They’d yell things like, “Drop the beans!” and point to the hot cauldron of water gurgling away at the back of the giant stove. Karl would knock me out of the way, reach into the refrigerated drawer, drop the haricot vert into the salted water and look at me as if I’d just shot the family dog. Karl and Fernando just barked at each other, marched to their orders and orchestrated some lavish dance all around me, pushing, poking and glaring at me.

Oma stared from her table in her usual accusatory fashion. No matter which way I faltered, her penetrating gaze was locked on my every mistake, misstep and my every miserable moment.

Oma waddled from her chair over to the line, where I’d been relegated to “dropping the beans”. She watched me drop them into the water and then fish them out with a large mesh basket, known as a “spider”. I dropped a new batch. She grabbed my wrist and shook, until the spider fell on the floor. Karl and Fernando moved effortlessly around us, as Oma challenged me to get the beans from the water, without the spider. She stared through me, her pearl glasses strap rocking, as her old age caused her head to tremor. I tried to reach for the spider. She quickly smacked me. I tried to reach for some tongs. She smacked me. I tried to grab a slotted spoon from the wall hook. Again, she smacked me.

All in the same horrible moment, Karl shouted for the beans. He and Fernando stopped time and stared. Oma body checked me into the wall, plunged her leathery bare hands into the boiling water and removed a handful of beans. In one smooth move, she deftly tossed them into a stainless steel bowl with a smidgen of butter, salt and pepper, tossed them in the bowl and then divided them between the 4 hot plates ready to venture out into the world. Time resumed. Oma reached into the drawer at my knees, pulled out a handful of beans and dropped them into the water. She then looked at me, taking aim with her eyes by lining up the bead of sweat that was forming on the tip of her nose, with my every insecurity and the fear of being burned. It was my turn.

I reached into the boiling water, as quickly as I could. I tried to grab, but completely missed. I accomplished only scalding pain. Fernando threw some beans into the pot of water he’d started boiling about 10 minutes earlier. Oma willed me to reach back into my pot of water. I did. Again, I missed, causing my face and finger tips to glow the same shade of red. Oma used the force causing my fingers to again plunge into the hot water, where I was able to grab a single bean. I could feel it! I pulled it up and threw it into the stainless steel bowl. Oma guided my fingers back into the water with her stare. This repeated until I could no longer feel a thing, and all the beans were in the bowl. Oma grabbed the bowl, tossed a dab of butter, salt and pepper into it, spun around, threw the beans in the trash, reached into the drawer, tossed a new handful of beans into the hot water, and let her vision again line up with the tip of her nose and my growing sense of emasculation.

It was my last night at “La Casa German”. I’d spent the last 4 1/2 hours doing the culinary tango with Karl and Fernando. There was a palpable beat in the air, a repetitive rhythm which was easy to dance to. Oma would occasionally look up from her table, glare, then return to her gaze to the strawberries she was slicing.

At the end of the night, the owner Ursula gave me my first glass of wine. We all sat around Oma’s table and discussed my 3+ years and what I dreamed of the future. Oma was nowhere to be seen. As the chatter winded down, Oma appeared in all her tiny hulking presence. She toddled over to me, with a baby blue towel thrown over her shoulder. She rested her hand on the top of my hand. It was the first time I’d felt her hand and it didn’t hurt. Her eyes locked with mine. I flinched. The corners of Oma’s mouth uncrumpled, revealing her gnarled yellow teeth and glints of metal. She then pulled the towel over her head, turned and walked out the back door, to wait for her ride home.

To this day, I maintain the belief that — Oma had just SMILED at me! 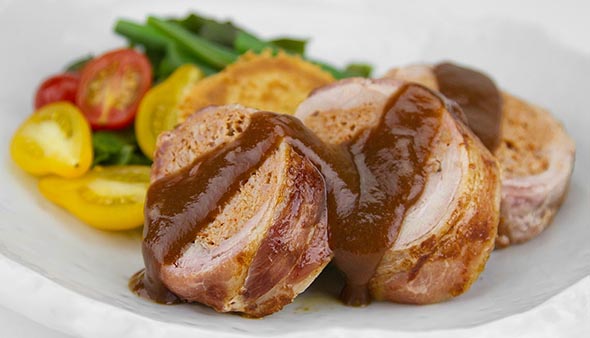 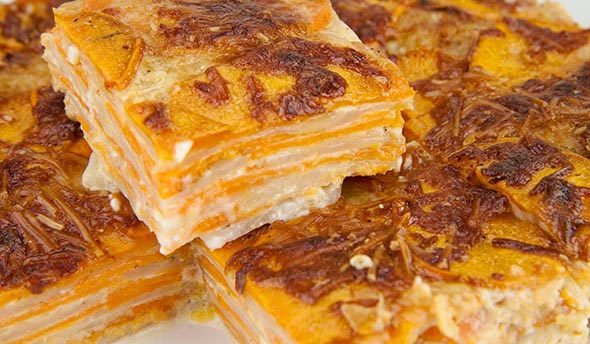 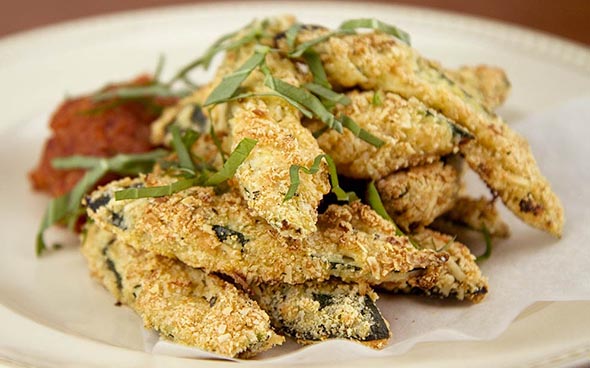 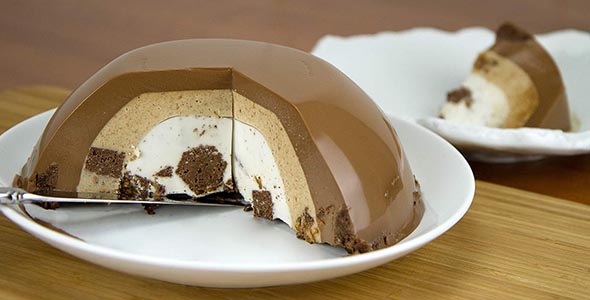 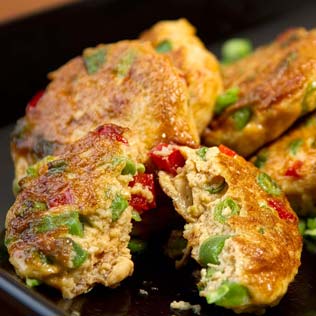 Some names, for me, just seem “unfortunate”. That these are called “fish cakes” is, unfortunate. Something about the name doesn’t really illicit visions of fresh fish blended with a spicy curry paste, vegetables and a bit of egg, then pan fried. Instead, it illicit visions more in the spirit of something Bugs Bunny might give to Elmer Fudd. The idea of a “fish cake” feels a bit cartoonish and filled with ulterior motives. These fish cakes are Thai, which somehow renders the whole thing exotic … and cartoonish.

Because I detest the name “Fish Cake”, I’m going to call these “Tod Man Pla”, or “???????????????”, which is what they’re really called by the street vendors that hock these tasty cakes on the streets of Thailand.

These seem to come in a wide variety of tastes and flavors, but there do seem to be some consistent elements between them all. They’re all fish, they’re all fried and they’re all kind of springy.

I decided to add a few vegetables into mine, which gives them a heartier texture, a little more depth of flavor and specks of delightful color!

Note: This is delicious served with some thin slices of cucumber and chilies, tossed with some fish sauce, rice wine vinegar and a bit of sweetener. 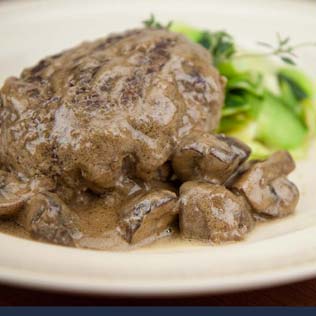 This is a dish I would categorize as “grubbin'”. I’m not entirely certain what it means for a dish to be grubbin’, but I know it when I see it. It’s usually a comfort food and is somehow deeply satisfying. There is a tendency to be a lot of fat and it’s rarely attractive. It’s the kind of food which nourishes the soul.

This particular recipe is kind of fun, actually. Most everyone has heard of Salisbury Steak and just as many have heard of Steak Stroganoff. They are some similar themes between the two, which led me to merging them into the same rich dish. This is a marriage to last a lifetime!

Another one of the appeals for this recipe is the ease. It’s a little messy to make the “steaks”, but once the ground beef has been seasoned and formed, the steaks are then cooked in a hot pan with some mushrooms. They are flipped, the mushrooms tossed and sour cream (and a little regular cream) are added, where the whole kit and caboodle are left to quietly gurgle and sputter away, while the sauce thickens and the steaks continue to slowly cook.

Once the sauce is thick and the steaks cooked through, serve! 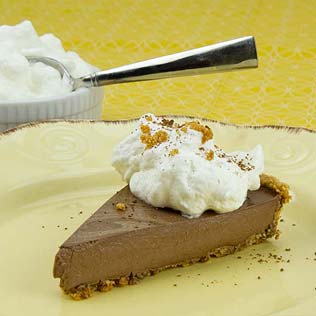 Gelatin might be some of the weirdest stuff on earth, right up there with Aerogel and non-newtonian fluids (ie. cornstarch slurry). In simple terms, it’s what gives Jell-O its shape and jiggle. It’s usually bought in powdered form, but can also be bought in little sheets that feel like plastic. Dissolve these powders or sheets into a warm liquid and then let it chill. It will firm up the entirety of the liquid and become a jiggling gelatinous mass of bouncy wonkiness.

I first learned about using powdered gelatin back in culinary school, somewhere in the middle of the 19th century. I learned how to apply it to meats and fishes; an interesting branch of cookery known as “charcuterie“. Gelatin was used to firm things up, give shapes to meats and sauces that have no shape, suspending ingredients in “space”, etc.

Gelatin was fun, but … old school and I never really used it in modern kitchens (of the early 90’s), but I think it’s seeing a bit of a revival.

A little while back, I was trying to think of induction friendly dessert recipes and thought Panna Cotta would do the trick. Panna Cotta is little more than sweetened cream, held into a molded shape with gelatin. That day I made all sort of other desserts, but the Panna Cotta was the clear winner. This got me to thinking about gelatin and all its applications. It can really be applied to anything with water in it: sweet OR savory! A little gives you a little structure and jiggle and a lot will give you something firm and solid! It is odorless and tasteless. So, it’s little more than a gel, which would work in a glass of water, a bowl of ginger infused chicken broth and freshly suspended cilantro leaves, as well as strawberry juice and cocoa powder mixed with cream and almond milk.

So, what is it? Where does it come from? You really probably don’t want to know … (short answer: animal skins, bones and connective tissues).

Since the panna cotta, I’ve been playing a lot with gelatin, making loads of different jiggly things in my spare time. Here is one of the first to hit the website. I jumped it up ahead of some of the others because of a photo on Facebook, where I was caught dropping the pie. Seemed only fitting to share the recipe quickly!

This recipe is VERY simple to make and really doesn’t use that many ingredients. The end result is deep and luxurious, without really breaking the carb bank.

Nut ‘n Honey Note: I use a little bit of honey in the crust. It’s a tiny amount and really only serves to help the crust stay together. You could completely omit it and the recipe will still work, while also dropping each slice by about 2 net carbs. However, the crust will not stay as “together and united”. It will still work and be absolutely tasty, but it will be more crumbly. It’s totally up to you!