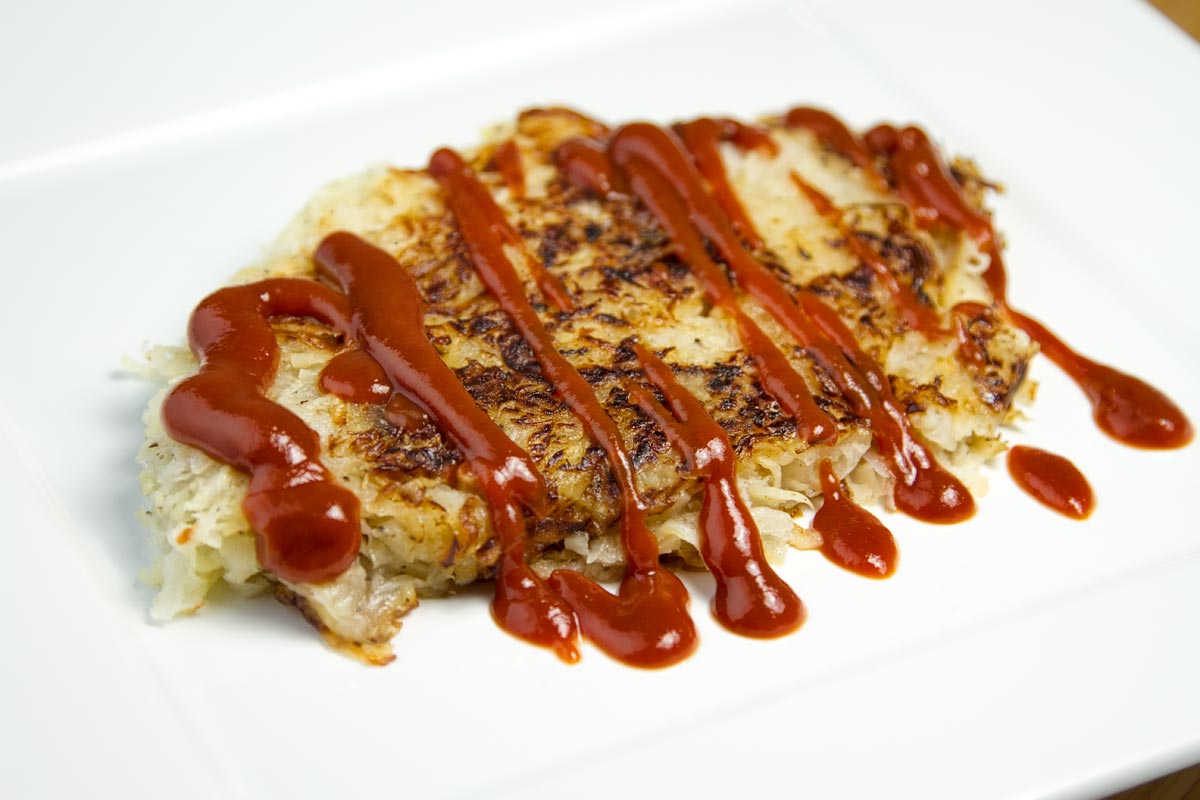 I cook all sorts of things, pretty regularly. I’m always experimenting, testing, refining, tweaking, tuning and pruning. Not everything I cook winds up on the website. There are some things that simply don’t make the cut. Usually things that don’t make the cut get nixed because they just simply weren’t delicious. However, some of the time, I’ll post something that wasn’t delicious, because there’s a lesson in it, or I just wanted to rant and thought the angle might be amusing. There are also the times that things don’t get posted because the results simply don’t match my vision and I’d like to continue refining the direction, until I bring it into harmony.

Of all the things I’ve posted, this is the one that is most dangerously close to being cut. It made it, but only by a hair, and only because it’s undeniably tasty. As it sat there … I noticed I kept walking over to it and taking bites. In fact, I work with a wonderful photographer who helps me make the photos look bright and colorful. Even HE kept sneaking little bites. We both acknowledged how tasty this was! These are the reasons you’re reading this. It was … just … that … yummy.

HOWEVER! It was a weird mess to make and I think it would be near impossible for most.

First, you need to grate the raw vegetables through a cheese grater. Ok, no problem. Then, you need to season the grated mixture and let it sit around for 20 minutes, while the salt pulls the extra moisture out of the veggies. Still … no problem. Now, you need to squeeze the extra moisture out of these grated roots. Suddenly, you’ve been hurled into a world of slimy snork. Grab a big handful of the stuff and SQUEEZE between your two hands, letting the off-white goo ooze between your fingers. Now, it becomes a bit odd. Still … ok … this COULD still be yum. Let’s keep going!

Now, heat up a pan with some oil. Not too hot, so it doesn’t burn. Sprinkle your dry-ish strands of grated root veggies over the hot rippling oil, while it splatters and sputters. Keep going, until it’s a thick layer of hash.

Hash browns made out of potatoes stick together because potatoes are FILLED with gummy starch. Each strand grabs onto the strand next to it, forming a bonded potato starch matrix, which is easy to move around, flip, browns nicely, etc. HOWEVER, these ingredients have very few carbs; no real sugar or starch acting as glue and nothing to really caramelize (turn into a nice brown color). In essence, we have a pan filled with 10’s of thousands of little tiny sticks, simply resting on one another in a hot pan. They’re not glued together. They are … independent of one another. Furthermore, they go from white to black, in the blink of an eye. There is middle ground; no tanning or browning.

Knowing that there was nothing to hold these sticks together, I was really stressing the moment where I had to flip this monster hash and cook the other side. Thankfully … I’m a professional!

I grabbed my biggest plastic spatula, put out roadblock signs and taped off the area. I made sure the coast was clear. I took my big pan, slid my spatula under the quickly burning pile of root-twigs, dropped the pan in a smooth controlled motion. Then, just as deliberately, began a controlled push upwards. All in one calculated move, I allowed the inertia of the upwardly mobile mixture to continue into the air, while I abruptly stopped the pan in midair. With the spatula, I did my best to coax as many of the little strands into doing a midair 180 spin, in unison, landing flatly back into the waiting pan.

I’ve done this a million times. If there’s something holding it together … no problem! If there isn’t … well … that’s a whole different kettle of fish!

About 25% of the mixture decided they knew better than the spatula and headed for freedom on my kitchen floor. The other 75% did land more or less neatly in the center of my pan. From there, I was able to rest the pan back on the stovetop, while it cooked. I grabbed the mop bucket.

Once I was sure it had cooked through, I tilted the plan and slid it onto the plate, the photographer took the picture, we grabbed some ketchup and … nibbled away.

Yep! It was THAT good! 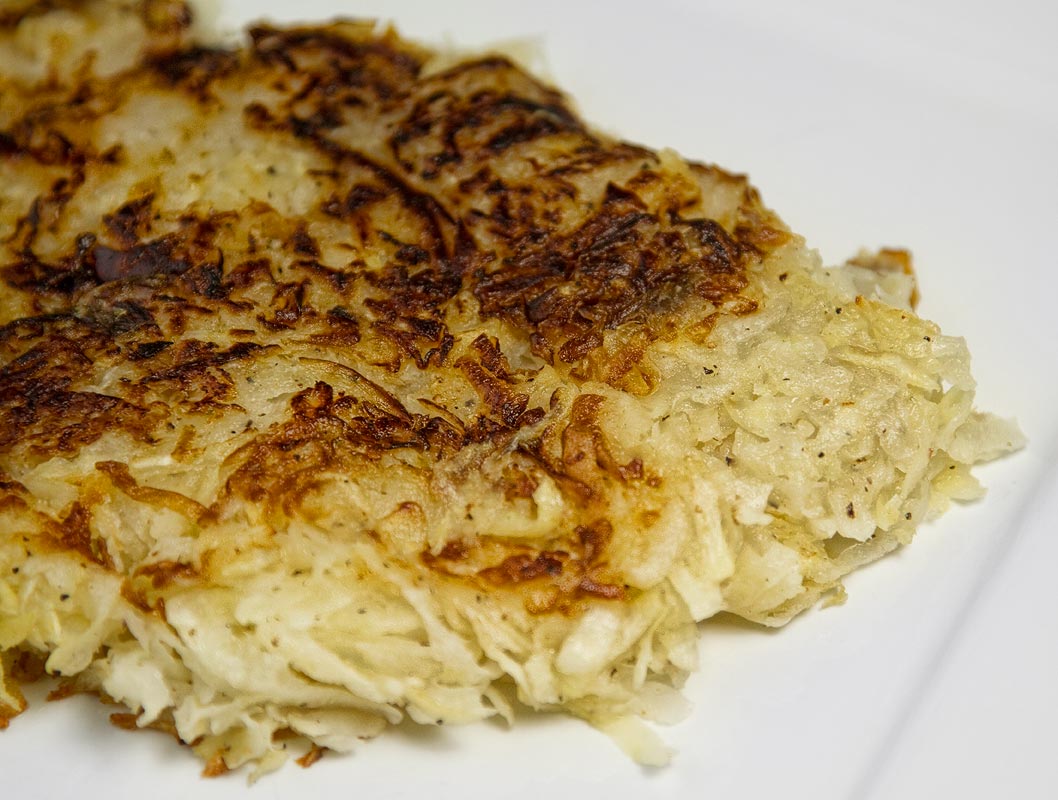 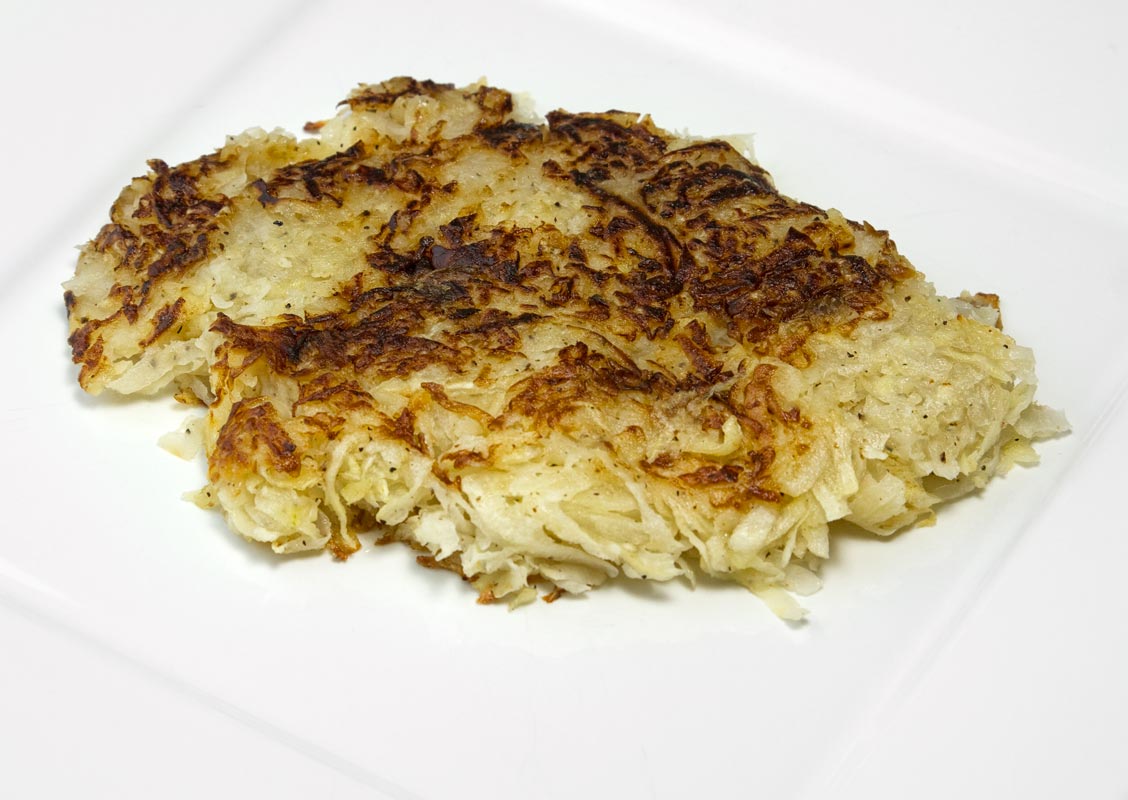 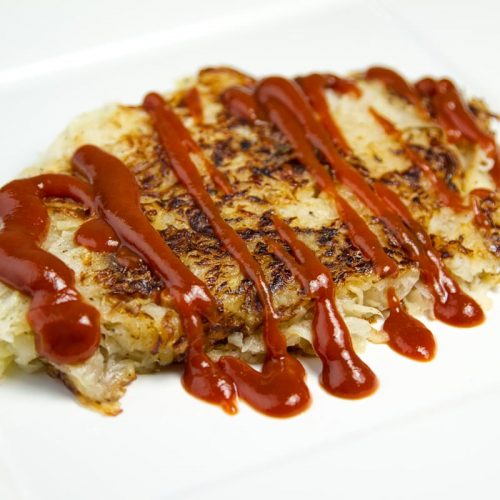