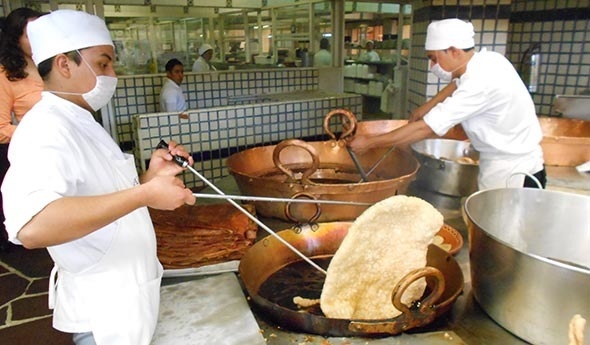 I just arrived a few days ago, and … moving is hard … especially after living in Mexico for 8 years! I feel not only like I’ve moved a great distance, but I also feel like I’ve travelled to the future. The future is cold, my friends. COLD! Cabo was hot and sunny. Seattle is … well … it isn’t!

I don’t own pants. Ok, that’s not true. I DO own pants, but … they’re 10 years old, out of date and 10 sizes too big! After living in Cabo for 8 years, I’ve amassed quite a collection of grungy shorts and ratty tees. It was too hot for pants, but … not here! It looks like it’s back to pants and sweaters. I’m going to need to go shopping in order to complement this new futuristic Seattle!

This whole realization reminds me of a silly thought I had a year or so ago. I call it “DJ’s Theory of the Time Travelling Pants”. Weight loss is a lot like travelling backwards through time’s fashion trends. Losing weight, especially a lot of it, requires new clothes. BUT! You’re still losing weight and you’re only going to be so big for so long. Why buy new, when they’ll only fit for a month or so? So … what do you do?

In my case, I wore older clothes. I wore my own hand-me-downs! I wasn’t always 352 lbs. Somewhere in there, I was a mere 52 lbs. There’s a whole lot of clothes, from a wide variety of fashions, within those 300 lbs. I started at the top … and worked my way backwards. I do have one pair of pants that fit. They’re a beat up and shredded pair of button-fly 501 jeans from about 1997. Are these still in style? I really have no idea!

Point being, as I lost weight, I had to wear older and older clothes, as my body matched the size of my body of the past. As I lost weight, my fashion sense become more and more dated. I was thinner, but also decked out in clothes … 15 years old! Time travelling backwards … through the fashion of time!

Silly. I told you.

And now … without any further adieu … this week’s coming attraction! (recipes and nutrition still in development)

Twisty Strawberry Shortcake! (it’s got lemon and thyme in it!) 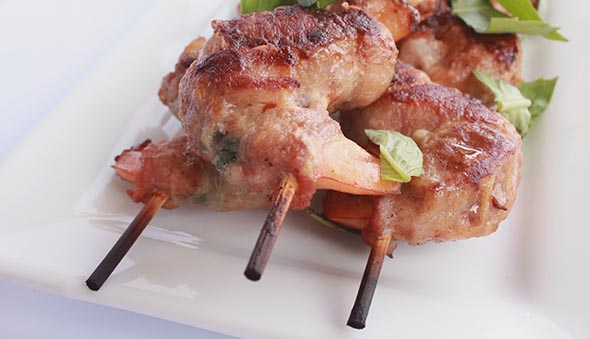 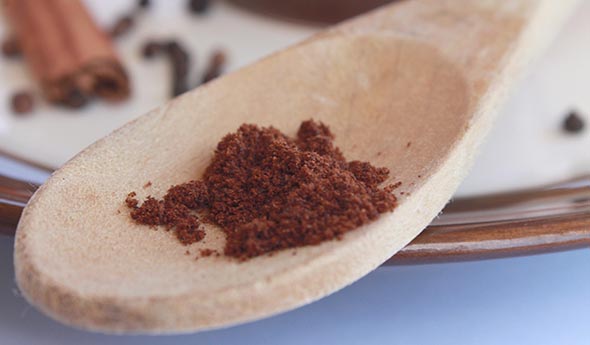 I feel deeply horrible about the direction my blog has taken. It’s really a low carb blog … I swear! 30 days ago, I had no idea I would be travelling to Mexico City, then moving to Seattle. Sometimes life throws curveballs that one simply can’t prepare for. My options were … set the blog aside for a few weeks, or … do my best. I chose to do my best, but recognize that the blog has a big weird dent in its origin. At the very least, I’m doing my best to keep it kind of food related and interesting. Next week will be largely about “Mexico City” and travel. I’ve received many comments and emails from people saying how they’re looking forward to it, so … even though it won’t be food related … it should at least be interesting! Then, the following blog will be MUCH more indicative of the shape all future posts will take. 2 weeks from today DJ Foodie’s Low Carb Food Blog Recipes and Misadventures will become … good again!

Now that I’ve made myself feel better … let’s talk about some of the food I ate in Mexico City!

(pardon the photography … I didn’t have my lights set up and these shots were all taken … in the wild!)

I don’t have a photo of my first meal in Mexico City, but … it was fantastic. The whole family piled into the car and we zoomed off for Tacos de Lengua. For those that don’t know Spanish … it’s Beef Tongue tacos. I’d never had tongue before, and couldn’t help wondering if the tongue could taste me back. Nevertheless, I ate this beautiful sliced tongue meat and … well … I ate it. I didn’t love it, but … I did eat it!

Then, we piled back into car and zoomed off to another place with Suadero. This is basically thin beef brisket tacos. These were fantastic. Beyond amazing. There was a secret, though. See, we walked up to these giant bubbling cauldrons of fat and beef brisket. It looked and smelled amazing. Then, Natalia ordered me a “cochino” taco. (“Cochino”, as I understand it … means “dirty” or “nasty”) This prompted the taco guy to take a big slotted spoon (more like an oar) and dredge the bottom of his massive hot tub. The filth and funk that had sunk to the bottom of the pot is what he slathered onto two small corn tortillas. He handed me the plate and smiled. Natalia looked at me, her eyes rolled back into her head and passionately urged me to try THIS. Her expression was perfect. You could see this was a favorite of hers. I bit into it, causing half the sludge to ooze out the backside of the taco. It was a taste and texture sensation unlike anything I’ve ever tried. It was “yum” … CUBED! It was salty, fatty and beefy, but in the best possible way. I would eat these for breakfast, lunch and dinner, if I could get away with it!

The next morning, Paulina took me to “The Arroyo” for a big buffet. Here were lines of clay pots, each full of some kind of lovely Mexican dish. 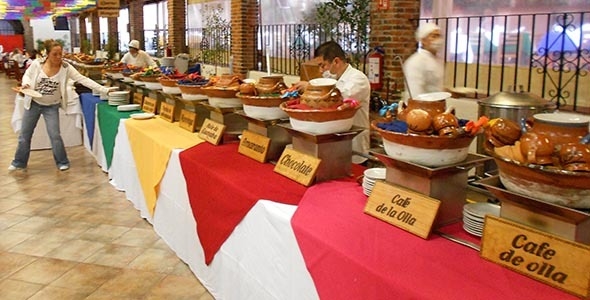 This is what I collected.

Boy was it hard to stay on track. Each of those pots had something wonderful. In addition, they would make fresh pancakes, plus every Mexican bread and dessert ever crafted by this fine culture was on display and calling my name. This time … I stayed good. My plate of sauced meats was delicious, and I left feeling satisfied!

Here’s a picture of the production kitchen from “The Arroyo” (possibly the largest restaurant I’ve ever eaten at … there’s a bull fighting arena just outside!).

Later that day, we went to a small bar where Paulina suggested the best burritos on earth. I ordered the Queso Fundido (melted cheese) … and a burrito with pork, pork and bacon. 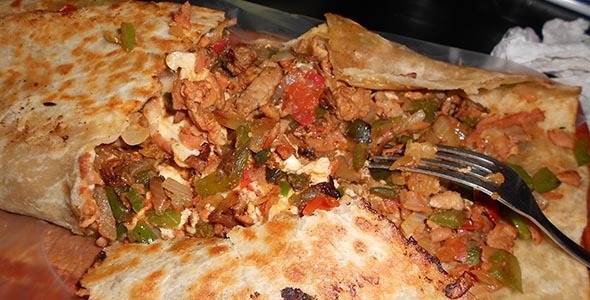 Here, you can see that I opened up the burrito and ate the middle. Paulina was right. It was wonderful!

The Queso Fundido, however … really topped itself. 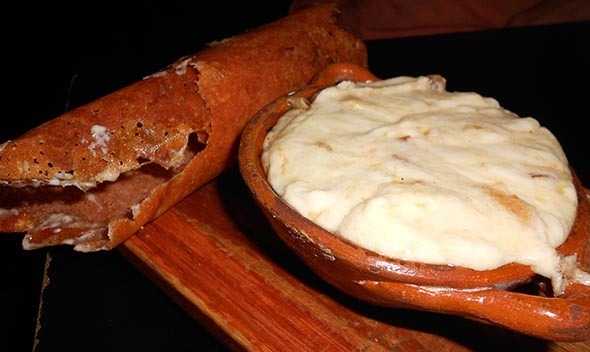 It was a big hot blend of Manchego and Oaxacan cheese. Served on the side was a big rolled up sheet of crispy cheese. The smile on my face was miles wide. Dipping a caramelized crispy sheet of cheese into a hot mess of melted stringy cheese and pools of yellow fat is the kind of opulent moment that fuels my love for a low carb way of eating. If you’ve never dipped cheese into cheese before … I HIGHLY recommend it. It’s awesome food … disguised as gluttony!

The next day, we stumbled on a festival promoting the work of “Rural Women” in Mexico. One of the street side vendors was making fried chicken wings. Yum! 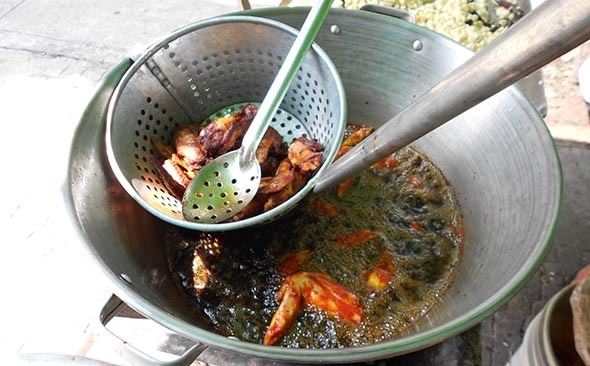 This mystery lump was one of the most magnificent dishes I’ve ever eaten. It looked like a large lump of something, smothered in something else. No garnish, no color, no fanfare, just … a saucy lump. 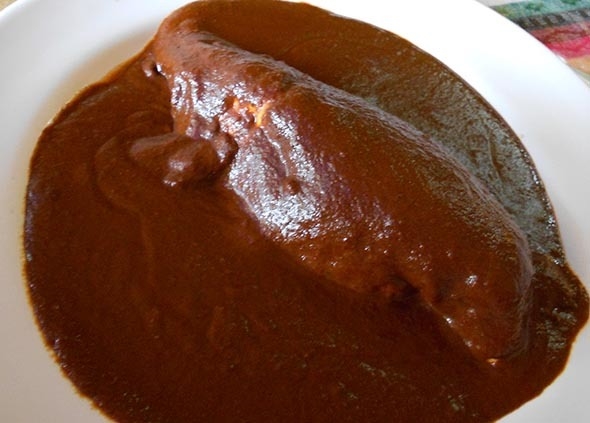 Usually, I like my food fairly simple. 4 to 6 ingredients, quick and fresh cooking techniques, easily identifiable and tasty. This dish had 50 ingredients, plus … a boneless chicken breast. It’s Red Chicken Mole Coloradito, from Oaxaca. OH MY!

One thing I’m going to need to do at some point in the future is explore Mole’s (pronounced “MO-LAYS”). Mole is like “Curry”, in the sense that it’s a blend of things and no two are alike. They come in a range of colors, flavors and complexities. Moles are somewhat famous for often including “Chocolate” as a primary flavoring. They also often have MANY ingredients, from raisins and fruits to spices, chilis and more. I’ve heard of some mole recipes with over 80 ingredients. All I can say is … “Yum!”

I used to have a catering business in Mexico. In defining my menu, I unearthed a dish from the Yucatan called “Cochinita Pibil”. It’s basically pork cooked with sour orange and achiote paste, then wrapped in a banana leaf and baked or smoked (often buried underground). I never called mine “Cochinita Pibil”, because … I don’t feel that I personally have the proper ethnic backing, but … I’ve made the stuff hundreds of times, without ever actually EATING the real deal. In Mexico City, I really wanted to try it. Natalia suggested a wonderful little spot in Palanco that had it. It doesn’t look like much, but … it is DELICIOUS! This was more tart than mine, but still very very good. The fried things on the right are bean stuffed tortillas, which are fried, then topped with cochinita. The cochinita is on the left.

The guy behind the counter was a prickly old dude, and he kept reaching into the boiling pork. I’m certain he hasn’t had feeling in his finger tips for hundreds of years. I just hope his mom taught him to wash his hands!

As you know, I cooked dinner for the family one night. Here’s kind of a fun little dish. It’s a Cucumber-Spearmint Granita with Pomegranates. Nice and light!

Here’s some fancy food! We went to a super high end Mexican restaurant called “Pujol”. The food was very technically proficient and I liked it a lot, but … I confess to being somewhat disappointed in the experience. I didn’t fully grasp the chef’s point of view. Excellent technician, though!

I don’t remember what this was. Let’s call it “Riddles and Games … on a cracker!”

This was some kind of shredded suckling pig with green dollops of goo and a big circular leaf of some kind. I don’t remember the name of the leaf, but I had it at another restaurant stuffed with goat’s cheese. A tasty leaf!

There were several other courses, but the photos turned out horrible, so I’m not showing them. The food was hot, tasty and delicious. Very well prepared and fast from the kitchen, but … it just seemed heartless, somehow. Perfect, yet … unfeeling. I think my expectations were just too high. It’s supposed to be the 36th best restaurant on earth! Couldn’t have been more than 48!

Next week, I’ll get into the various markets I visited in Mexico City. Some of the images are a bit on the squirmy/squingy side. If you’d be offended by the sight of blood, exotic vegetables and strange bugs … let me know in advance. I really want to give a fair and honest account of my trip and the foods and sights to be seen, but I also don’t want to offend anyone. Needless to say, some things are just different in Mexico.

Here’s a fun shot of a man and his shark head. 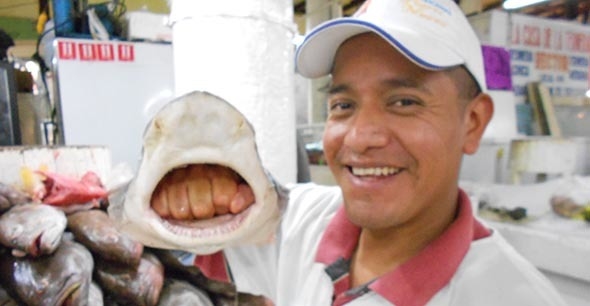 Finally … on my last day, we went to Six Flags, for the Festival of Terror.

I wasn’t joking when I said I eat a lot of soup. I also eat a lot of salad! This week’s recipes focus on soups and salads, with a sublimely tasty shrimp bisque and a souper simple egg drop soup! There are also some popular and famous salads, like a Caesar Salad and Ranch Dressing! Vegetable stock, too! Check it out.

Over the weekend and on into next week, I’ll get back out into the social networks. If you see me … say hi!