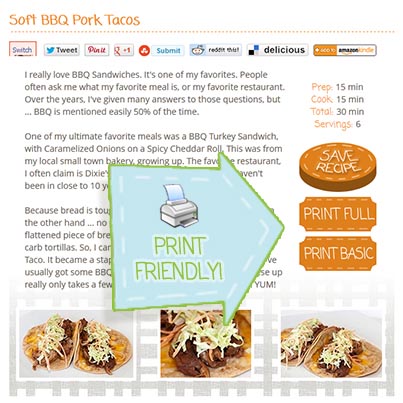 Hello out there! Did you miss me? I wanted to take a break from the daily emails. I did not like them.

The daily email experiment was odd. I’ve grown to well over a thousand readers, with virtually zero cancellations within the past 4 months. This past week, I’ve had 31 cancellations, each like a dagger to my heart. Coinciding these cancellations were emails and comments from far reaching places confessing love for the new format!

Why can’t things ever be simple and spoon fed to me?

Ultimately, I’ve had to determine what I want to do. I’ve made a decision. That decision is: Do what I want, when I want! Honestly, I really despised the daily emails. Every time I sent one, I felt like I was spamming people. It made me incredibly uncomfortable, but I also felt I needed to stick to the experiment and see it through. Now that I’ve spammed for a week, I still feel the overly long emails are too much to read while the daily emails are simply irritating and congesting of one’s inbox. I’ll probably settle into a 1 to 3 posts a week. Each will contain a few recipes totaling 7 new recipes a week.

A lot will come down to how much I’ve got to say!

For those of you that hung tight through my barrage of emails, thank you! 🙂 For those that left … you should’ve hung around! I’ll conduct all sorts of experiments. Some will fail and some will shed all kinds of interesting lights on new things. If anything, some part of you should hopefully enjoy watching some random dude stumble around the internet! My blog is like a big slow motion pratfall. Good times!

(Frequency Tip: If you count the recipes at the bottom of the email, that’s probably close to how many days until you hear from me, again.)

In an effort to stick to a more well-defined “week”, next week will be all desserts. 6 were awesome and 1 was almost awful! Here are a few of the good ones! (recipes still in development) 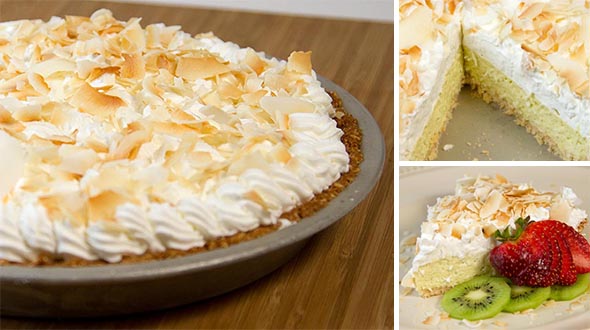 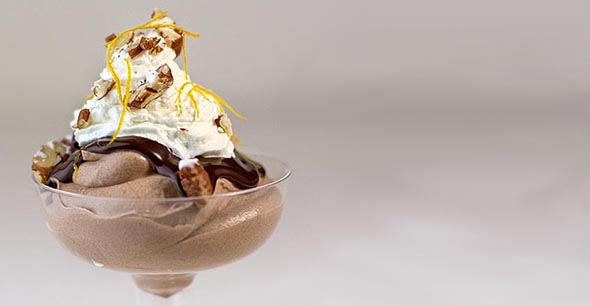 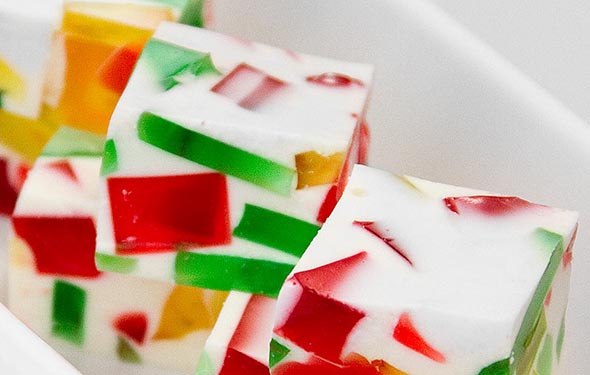 Website Update! I want to point out that I’ve added a “Print-Friendly” option to each of my recipes. That was a big project, but I’ve finally got it working on every single recipe. Each recipe has two methods for printing. One is the just the basic recipe, with only the ingredients and method. The other is a full color recipe with a photograph, my often silly notes, the ingredients and method. I really like the end result. All tests I’ve conducted show it to have worked. Check them out! 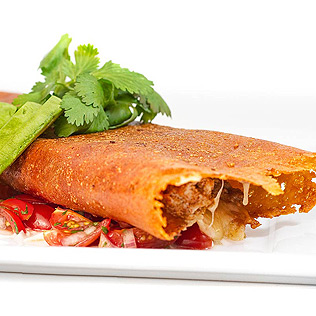 A while back, I created some miniature parmesan cheese cups to use for little appetizers. Around the same time, I came up with an amazing hazelnut cracker. All this got the ball rolling on other things to do with cheese and bowls and chips and dips. I used this trend to look into the topic a little further and stumbled upon a video about a mythological creature known as the “ChupaQueso” … or “Suck the Cheese” in Spanish. Now, the video is long and boring, but it DOES showcase the cooking method (Part 1 | Part 2).

The really strange part of this particular dish is that … it’s really not a real recipe! It’s not indigenous to Mexico and it’s not rooted in some lost culinary lore. It was actually invented by a guy named “Howard Tayler” with a web comic known as “Shlock Mercenary“. It started as a bit of a gag word, designed to embody all things greasy and cheesey, but with a decidedly south of the border slant to it. It slowly evolved into this cheese crisp thing, as Mr. Tayler began to veer into the land of the low-carb, himself!

If something isn’t totally my invention, I like to tinker, tweak and dabble, while still generally preserving the original integrity of the idea. In this case … I wanted to take what is already a ludicrous concept and elevate it to the redonkulous!

I’ve stepped it up a notch and have thrown Chorizo into the mix … dubbing the new invention the “ChupaChorueso” (pronounced “Choopa ChorAYso”).

I couldn’t stop giggling like a buffoon, as I made this silly thing. Cheese and chorizo stuffed cheese. It’s about as indulgent a thing as I can imagine.

It was also PHENOMONALLY DELICIOUS! 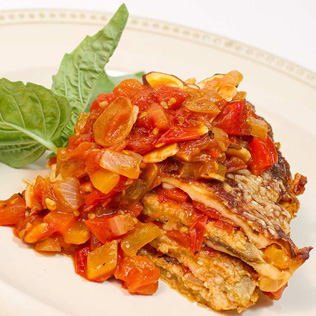 Right out of the gate, I’m going to confess something. Prior to making this dish … I’ve never in my life even tasted an Eggplant Parmesan! The idea just never really appealed to me. It sounded like vegetables … without meat! No bacon? No porky goodness? No thanks. I’ll pass!

I’m not even sure why I decided to tackle this particular dish. Maybe because I knew it’s been around since eggplants were introduced to parmesan cheese, but maybe it’s because I wanted to take something I’d never tried and — make it SUPER delicious! This is what I’ve done!

As usual, when researching a dish like this, I need to understand the “lay of the land”. In general, it seems as if its slices of eggplant, which are dipped in eggs, flour and seasoned breadcrumbs, then fried or baked. From there, they are layered with parmesan cheese and tomato sauce and then baked! This all sounded far more appealing than the image of a “vegetarian” dish (no offense intended or implied, but … I do need to interject with the simple fact that bacon is awesome).

The puzzle became how to do the breaded eggplant, but … without the breading! I chose to go with a seasoned almond flour, instead of flour and breadcrumbs. It didn’t adhere as well, but if I was careful, it stuck well enough! Also, because of the almond flour, this got me to thinking about Romanesco. This made me want to infuse the whole thing with roasted peppers! Perhaps, at this point, I’m crossing Spain with Italy, but … I dunno. It was TASTY! 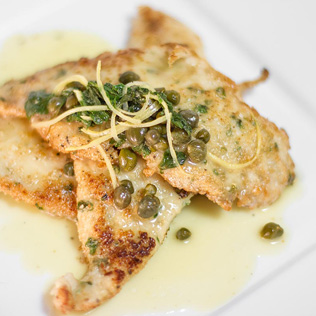 This recipe is kind of fun. It’s something my Mom makes for my Dad all the time, but she wanted help to lower the carbs. The dish actually originated in Italy, with veal. In the US, it’s usually chicken. In all cases … it’s an AWESOME dish. I love the acidity and butteriness of it all. The flavors are strong, but wise!

Here’s the original email from my Mom: “Here is the recipe for Chicken Piccata, although, note that it is from Giada de Laurentiis, so, you may have to change it a bit in order to make it ‘your’ recipe. You can do that by figuring out how to either eliminate the flour, or change the flour to something else. Anyway, here it is and it’s awesome!

Oh! I also forgot to mention that with the chicken piccata recipe, I ‘upped’ the amount of capers ““ by probably double. I did that because your dad loves capers, but also I think it adds more flavor and interest to the recipe. And, I cooked them a bit more in the saucepan (at the end) with the chicken breasts, the oil and the butter to make the capers just a tiny bit on the crunchy side. (Not ‘real’ crunchy; just slightly crunchy). Makes them yummy good! Cheers! ““ Mom”

I took my Mom’s recommendation, low-carbed it and then added my zestful glee!