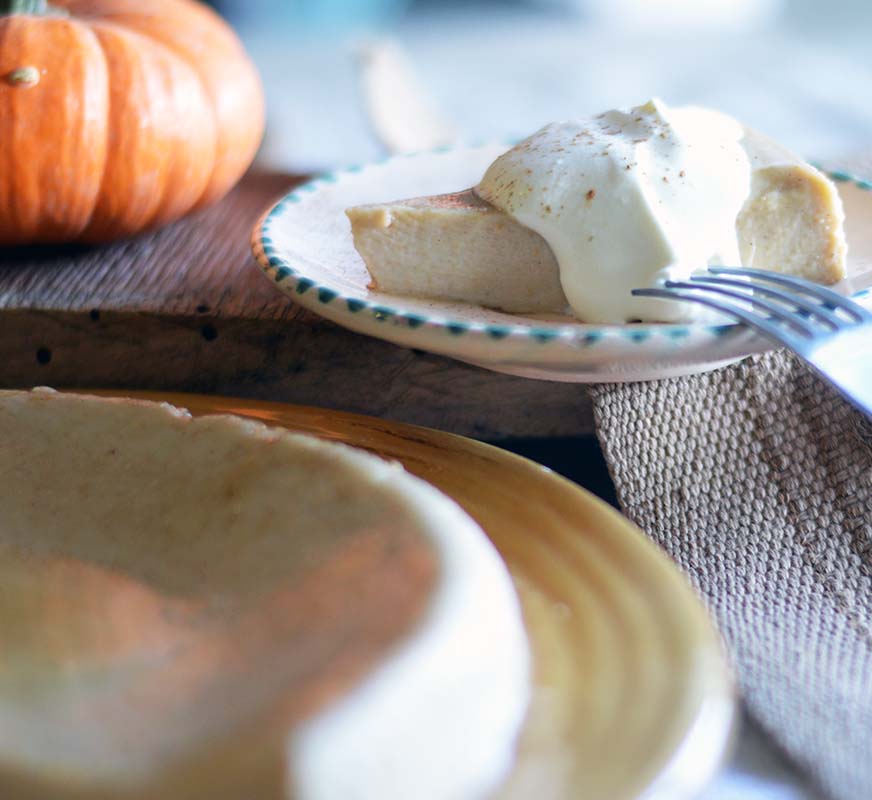 This recipe was originally envisioned for a festive Holiday Dinner, with a heavy Mexican slant (I happened to be in Mexico [When in Rome… n’ stuff.]).

A flan is basically a baked or steamed custard, topped with a caramel. It’s very common in Mexico. Like many traditional recipes, there’s a lot of history behind it. Flan goes way back to Roman times. It originated in Europe and is largely viewed as a sweet or savory pastry. In the broadest sense, flans are essentially baked egg dishes, encompassing famous dishes like Quiche, Custard Tarts, etc.

The flan I know and the flan I grew up with is of the Mexican variety. It’s a very sweet caramel flavored upside-down crustless custard. It’s almost like a sweet caramel frittata.

Originally, I set out to do a Pumpkin Flan. I used this recipe as my inspiration. I don’t like straight-up ripping off recipes. I mean, at this point, everything has more or less been done. Everything is derivative of something, but I feel like I need to modify it a twinge, in order to achieve something resembling a newish attempt at something new-like. I opted to throw some chipotle (smoked jalapeños) in there. I love the subtle smoke that comes through in desserts and I also love very distant subtle layers of hot spiciness in desserts; a lingering reminder of something wonderful.

The biggest challenge of doing a flan is the caramel. See, caramel is made from sugar, but anyone reading this likely avoids sugar and uses alternative sweeteners. Something like a concentrated stevia wouldn’t work due to not having enough volume. My own favorite sweetener is erythritol based, which means that it’ll re-crystalize when it cools, if it’s too high a concentration. Looking at other similar recipes, it looks like most people skip the caramel step and use things like a bit of molasses, honey or maple syrup alternatives (typically xylitol based).

I’m not normally a huge fan of Splenda, due to the bulking agents (dextrose and maltodextrin) which can impact blood sugars. However, in this case, I made a combination of Splenda and Swerve, half and half, and assumed I’d get some nice color, flavor and enough dilution from the Splenda and ingredients in the flan to keep the erythritol from crystalizing. It “mostly” worked, but not completely…

I already had the ingredients, including a 15 oz. can of Libby’s Pumpkin puree. I set out to caramelize the 1st cup of my sweetener blend. 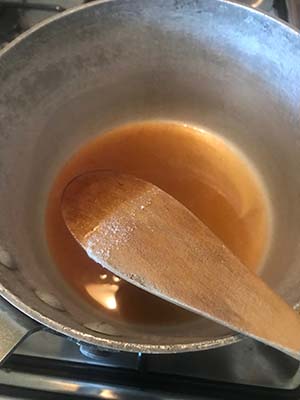 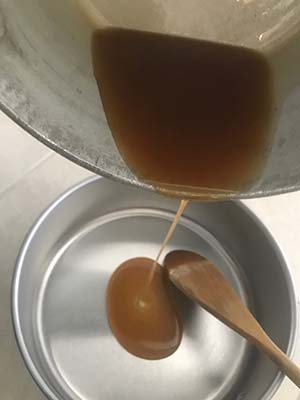 It’s a little thin, but a nice color. I suspect it’ll be tasty, too! 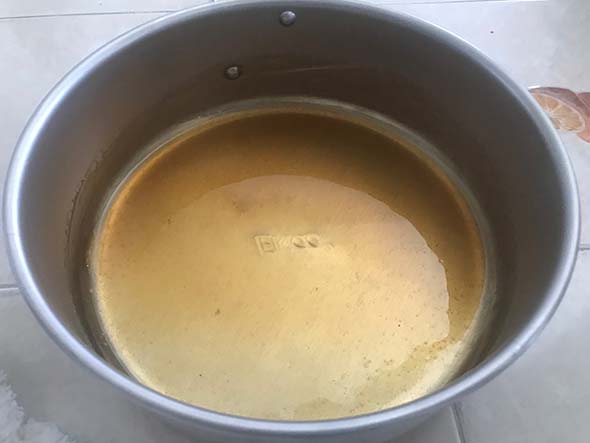 Once in the pan, it thickened up quite nicely! 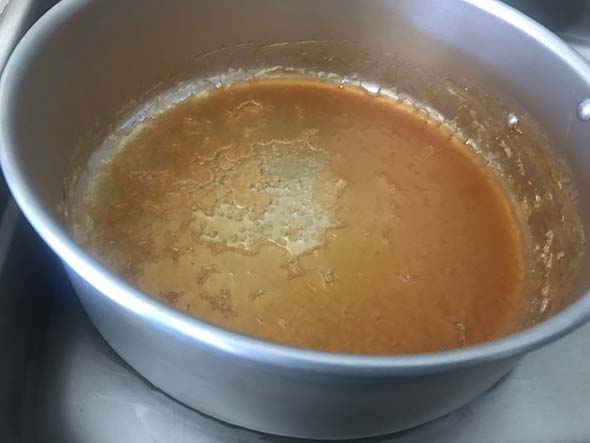 After it cooled, some light crystals formed, unfortunately. 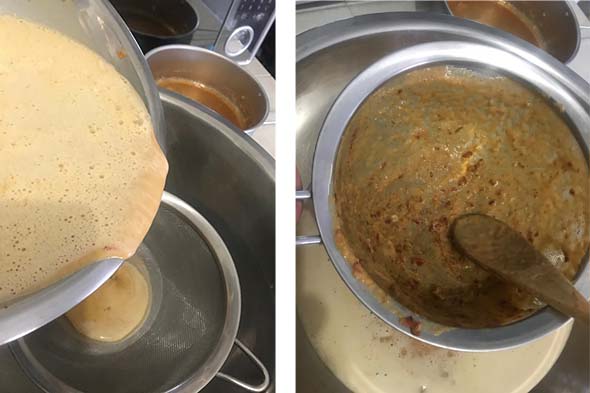 After blending, cooking, straining and pouring, I put it all into a double boiler and baked. Later, I pulled it out and chilled it, overnight.

The next day, I had set up a full Holiday Meal and unmolded the flan. Oh… dagnabbit. Hamburger!! 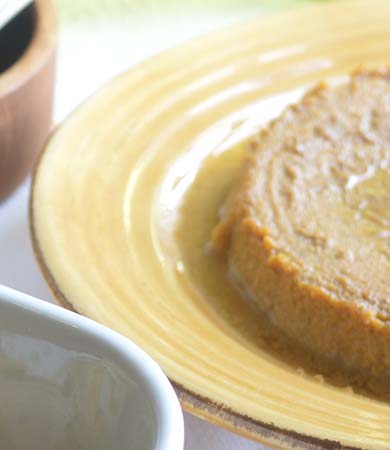 Unfortunately, it plopped out of the flan pan in a bit of a sloppy mess. (Don’t forget the nice pictures are at the top of this recipe) I assume a combination of the crystallization and too high a pumpkin ratio caused it to set poorly, with the top looking a bit like ground beef. I went through my holiday meal and took glorious photos of the other recipes, completely skipping the Pumpkin-Chipotle Flan. I was mad at it and I wanted it to know I was ignoring it. That said, I still used it as a fuzzy background filler in some of the shots. From an otherwise super nice photo, I cropped out this one tiny section of the ugliest flan, ever…

I WILL say that it was fantastic, though. The taste was incredible. I don’t know that I’d be willing to share this lunacy if the flavor wasn’t so wonderful. It tasted like the filling inside the most marvelous Pumpkin Pie, but with some mellow smokiness and a distance afterburn. Just wonderful!

The next day, I set out to remake it, but in a way that was a bit more photogenic. However, I’d used my pumpkin. What now?! Being that I was in Mexico, I’m limited by what I can find. The town I’m in is small and relatively rustic. Cabo San Lucas is an hour away. It’s certain to have pumpkin in one of the Gringo shops, but… That’s a two hour round trip, after hunting in all the local stores. It was hot. I was lazy. Sweet potatoes are a lovely ingredient and in every store…

Sweet Potato-Chipotle Flan it is!

Crunchy Note: I used 3 parts Splenda to 1 part Swerve and this helped with the crystallization. It didn’t get as dark in color, but there was less crystallization. There was still a bit, but it wasn’t bad. It was almost more like a Crème Brûlée, with the occasional bit of dark crunchy sugar.

Let’s call it a feature! 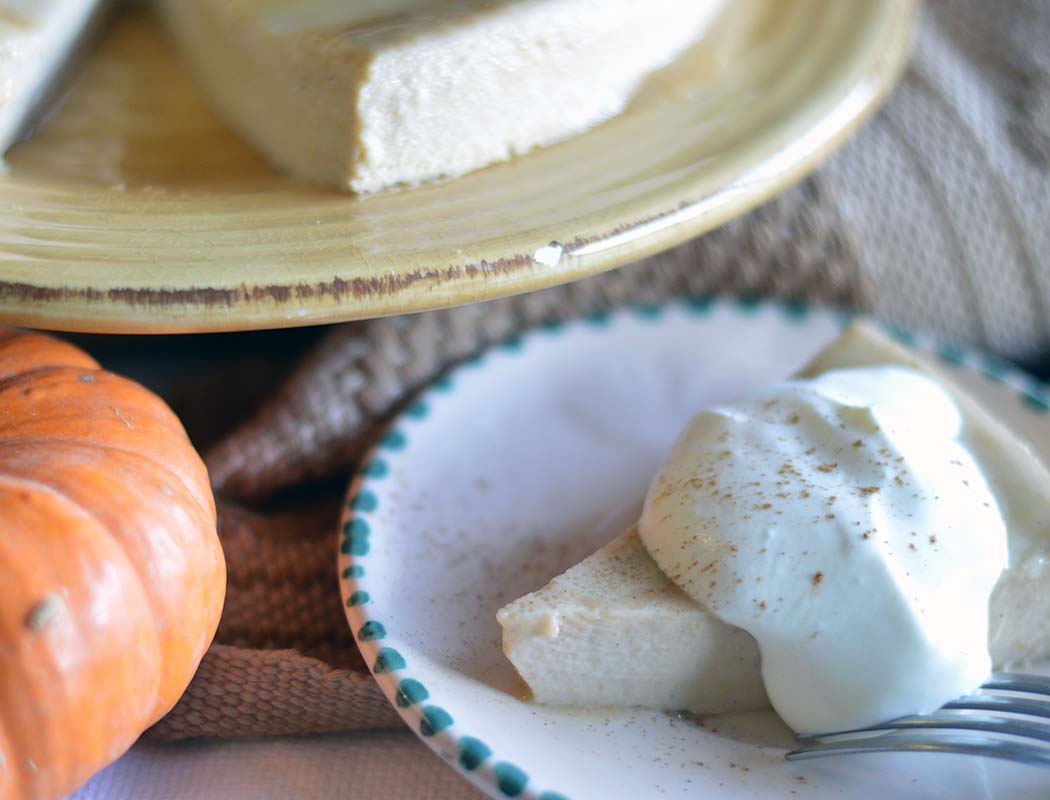 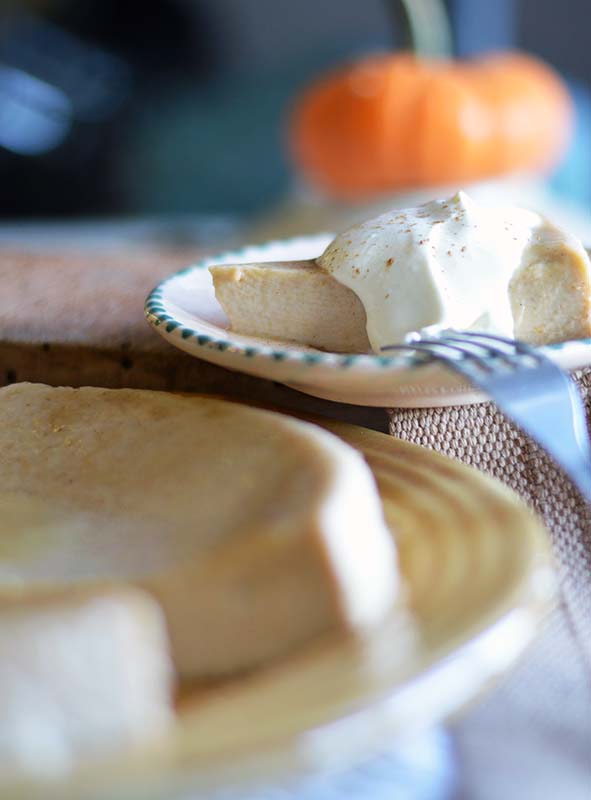 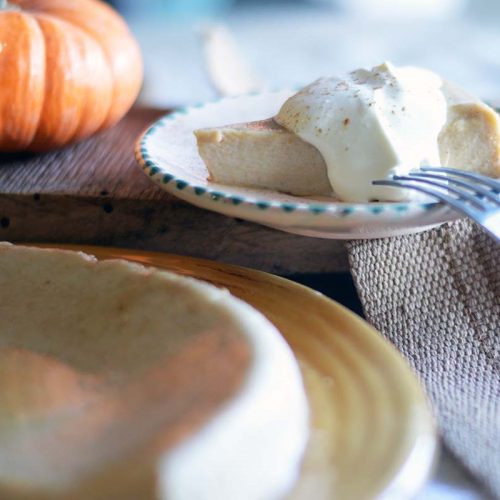