My life is moving really quickly, these days. It’s a mixture of great goods and really nasty bads. Normally, my life is much more balanced and stable … almost boring. Lately, things have been much more up in the air. Through various turns of events, I’ve been offered a chance to go to Mexico City! This is one of the truly GREAT goods and something I’m REALLY looking forward to!

Thanks to a generous invitation and dirt cheap airline tickets, next Friday (a week from today), I’m going to land in Mexico City, where Paulina, the niece of my wonderful friend Lulu, is going to pick me up. Paulina and I went scuba diving in Cabo Pulmo, a few weeks back, for those that may remember. From the airport, I’m going to stay at my friend Lulu’s Niece’s Sister’s home in the Coyoacon neighborhood of Mexico City. As I understand it, this area of Mexico City is BEAUTIFUL!

This means a couple of things …

However … before I dig into the naughty … here are some pictures of the foods I made this week! (recipes in development) 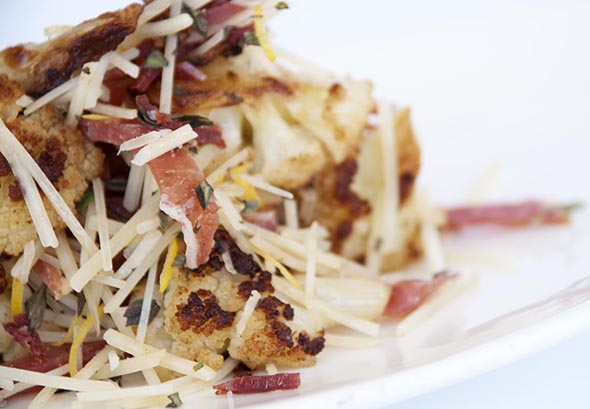 Ok, and … because I don’t usually make a lot of desserts … I made a KILLER Cheesecake with … a Warm Mixed Berry Goo! (I’m really proud of this one, too!) 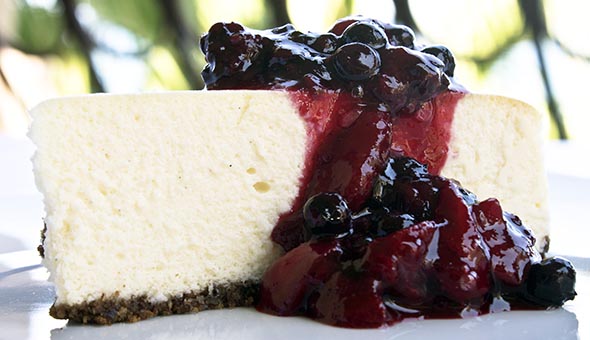 Historically when I’ve gone on vacation, or it’s a holiday and it’s feasting time, I’ve always allowed myself complete and total freedom to eat “whatever … whenever”. This was scary, at first.

Now, I’ve got several years’ worth of unbroken track record that leads me to believe I will return to the rightful way of eating. I ALWAYS gain weight. Not just a little, either, but … upwards of 20 lbs. in just a week or two! I assume it’s not healthy, but I happen to know it’s mostly water, it mostly goes away within a few weeks and it’s always delicious!

However … in years’ past, I haven’t had a blog. I haven’t had a plethora3 of people reading about what I eat and … in a way … holding me accountable. I’ve been able to vacation, go to town with a shovel, scoop up a ton of grub and smash it into my mouth … willy nilly … unfettered … without anyone being the wiser.

That’s all changed. Now, I’m beholden to you!

Last summer I travelled with a good friend and his daughter. We drove all around New York, New Hampshire and Massachusetts. A fantastic trip! I got to see my old college and trudge around my old stomping grounds. In any event, just about everywhere we went was a “Dunkin’ Donuts”. It became laughable by the end of the trip. My friend John is an Organic Farmer and … apparently quite famous in the Organic world (Hi John!). He views something like “Dunkin’ Donuts” as the antithesis of everything he believes. I, on the other hand, really like junky donuts. I also believe, deeply, in my heart of hearts, that Dunkin’ Donuts is not doing anyone any favors. Unfortunately, my heart rarely chooses what I eat. It’s usually a discussion that takes place between my tongue, nose, eyes and stomach. My mind and heart are usually outgunned.

Needless to say, I ate an embarrassing number of donuts on this trip. To be fair … I had not eaten a single donut for a good year or two prior to this trip (this fact, somewhat fueling my frenzy). John and his daughter were full witnesses to my donut devouring sessions. I’d buy a bag, then try and quietly and discreetly eat them, one at a time … as if I weren’t really eating them.

I think they could see right through me.

Sure enough, when we returned to Cabo, I had gained a lot of (water) weight.

The other day, I was chatting with John and mentioned my upcoming trip to Mexico City. I explained to him that I’m not sure what to do about my way of eating. I’ve always eaten whatever I’ve wanted and then been good when I’ve returned. I’ve consistently lost more weight and was at my lowest weight ever … just last week. The occasional rises are little more than delicious blips in an otherwise unbroken trend of progress.

John kind of slammed me! He explained that I’d stated a clear goal of losing 30 lbs. within the next year and … here I am, quite publicly, mere weeks into this blog thing saying “I WANT MY DUNKIN’ DONUT!” John wasn’t buying it.

Interestingly, I wasn’t aware that I was selling it!

This really made me stop and think. What do I do? I realize that on some level I’ve positioned myself as some kind of goofball low carb paragon. There’s some responsibility in that.

Do I totally pig out and indulge my gluttonous tendencies? Do I do what I’ve always done and let people know that it’s totally acceptable (in my opinion) to enjoy your vacation, as long as you immediately return to a proper diet? Do I try and go to Mexico City and stay under 20 grams, with a diet consisting of purely whole and unprocessed foodstuffs? Do I go and try and “mostly” behave, but eat the occasional sope or churro?

Somewhere in my past is a lot of culinary training. I’ve dedicated my life to food. I truly, deeply … love the stuff! In Mexico City is a restaurant called “Pujol“. It’s rated as the 36th best restaurant, on the entire planet. Not just within Mexico, but … the whole big rock! It really just causes my mind to seize, when I think about eating at a place like this, and … not being free to fully enjoy it. It would be like going to a world famous art museum, wearing special glasses that make everything appear black and white. I know this is a mild slam on Low Carb. Be aware, I LOVE Low Carb and am absolutely positively certain that it’s a delicious way to live. HOWEVER, this particular Chef’s grand vision isn’t Low Carb, so … it’s not what he’ll be serving. Oh, how I want to take off the glasses!

I’m going to be in a city with good Chinese food. Thai Food! There’s no good Chinese food in Cabo and only one good Thai place. I’m going to go to the Carnival! There are bound to be mind blowing street vendors peddling the kinds of carb laden grease bombs that would make even the strongest low carber weak in the knees. Imagine the Mexican food in Mexico City! (not too hard, though … don’t want to mess up your diet!)

OH DEAR! John really laid into me on all of this! I repeatedly came back to the idea that … I’ve always returned to the good foods that have served me so well. Why is this time any different?

Earlier in the week, there was an online discussion I’d read, about someone that had snuck off and eaten 3 cookies. This woman was ashamed of herself and turned herself in, online. Being the genuinely kind, helpful and slightly mischievous person that I am, I went looking for some kind of image on the internet that represented cookies as “evil creatures” that lie to you. I found one … and posted it. She laughed and … I hope it made her feel better. In any event, in doing my searching for my silly cookie picture, I ran across one of those internet meme things. Evidently, if you go over to the dark side … they have cookies.

I only mention this because … this week’s recipes have a little dark side to them. I have a full blown white bread Frankenloaf. With it … I make croutons and … sandwiches! This is one of those divisive recipes that some believe in and others abhor. I feel it definitely has its place within the low carb toolset, but I also believe it should be used sparingly, and definitely not during a period of weight loss. This kind of Frankenfood will stop your weight loss … dead in its tracks (pun might be intended). I’ve also got a homemade mayonnaise, which … can be eaten in large quantities and is great! It’s not filled with sugar, like so many store bought varieties. There’s also a simple, but fantastic spoonable no-bake cheesecake candy thing, a fresh Strawberry Lemonade and … some hearty Beef Ribs!

This week, I’ve started “sharing” other people’s stuff on Facebook. I’m a firm believer in sharing any and all useful information. I don’t care if it’s mine or someone else’s, just so long as it’s helpful to them. I’ve also been watching what other people do and it seems as if “sharing” is really quite common! I’m sure each of you Facebook folks are face palming right about now, thinking “Sheesh, DJ! Facebook has been around for hundreds of years. Get with the program!”. Day by day, bit by bit … poco a poco … I do. I’ll have Facebook pegged, right as it goes out of vogue! I’m going to keep experimenting with my content, blogs and recipes, with other things that seem relevant. Hopefully I share something meaningful!

I also received an email from a very complimentary woman from Southern California. We’ve been chatting. BarboGold has a great site and generates wonderful conversation over there. Check it out! She’s been sending me little recipe snippets, ideas and things she’s got going on in her kitchen. I LOVE the spirit in which she sends them!

Here’s the most recent one …

I totally dig it. Thanks, Barbo!

Ok, that’s about it for this week. Next week I’m sure I’ll talk about what I plan to eat in Mexico City and how I made up my mind. Feel free to weigh in! I also want to talk about …

This, that and the other,